For a few years Firefly Fine Wines has been holding events they call “La Table Commune” – tastings and workshops at the long (communal) table in their Cambie store. Despite living mere blocks away, and frequenting Firefly on a regular basis, I hadn’t yet made it to any of these events. Fortunately I was able to break that streak this week when the store hosted Orofino Vineyards’ owner and winemaker John Weber. John’s Similkameen Valley winery is one of my favourites, and holds a special place in the hearts of me and my wife, so we were very pleased to attend the tasting and enjoy more of Orofino’s wines.

John and Virginia Weber moved to Cawston in the Similkameen Valley a dozen years ago, taking over an established vineyard originally planted by Hungarian immigrant Sandor Mayer (now Winemaker at Inniskillin Okanagan). The Webers came from Saskatchewan careers in teaching and nursing, respectively, and despite knowing next to nothing about farming they dove into winemaking with gusto. In 2003 they harvested their first grapes, and by 2005 their unique strawbale winery building was completed, just in time for a visit by a couple of lost city-slickers! To celebrate our first wedding anniversary, my wife and I had visited Okanagan wine country for the first time, and became rather disoriented on our way home via Highway 3 through the Similkameen. We pulled up to the first inviting building we saw, and it just happened to be a winery! The Webers got us sorted out, and we departed in the right direction a few bottles heavier (having discovered their Late Harvest Muscat), happily returning many times thereafter. We are proud to call Orofino our “most-visited” winery! 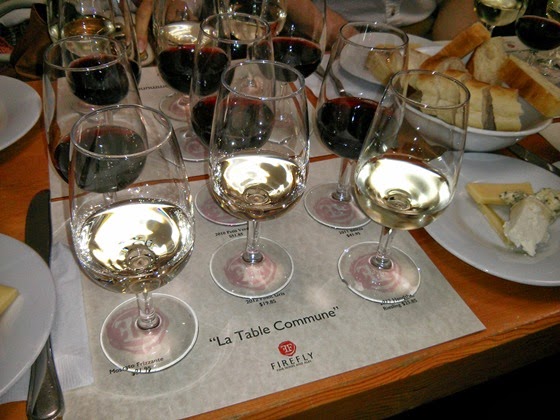 Over the past decade I’ve followed developments at Orofino closely, and stocked up on the Webers’ wines whenever possible. Firefly has carried many of them from the very start, so it was only natural that John should come visit for the most recent Table Commune series. In front of a dozen strangers squeezed together and getting to know one another, John started by sharing some stunning photos of Cawston vineyards, both his own and the approximately 20 acres from which he contracts, most within walking distance. Ensuring his wines express the local terroir is John’s passion, so much so that he is gradually decreasing his reliance on the only non-Similkameen vineyard from which he contracts. It must be a painful decision, as the Oak Knoll vineyard in Kaleden has yielded a glorious and popular Merlot for many years. John’s passion must be infectious however, as neighbouring orchardists have gladly converted from tree fruit to vineyards specifically to provide for Orofino! 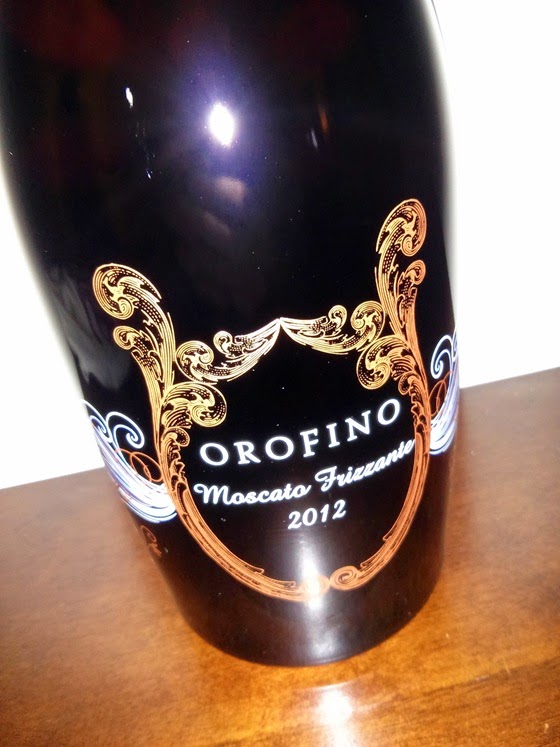 To share with Orofino fans Firefly poured three whites and three reds to cover the range of wines John produces (which number more than a dozen now). We started with the refreshing Moscato Frizzante (2012), a favourite in our household. Orofino started producing this lightly carbonated, off-dry basket of fruit salad in 2011 (the Late Harvest Muscat has been retired), serving it up in a beautiful crown-capped bottle sourced from Italy. Aromas of orange blossom and apricot lead into a sweet peachy palate, kept in balance by the racy acidity of a portion of Riesling included in the blend. Next was John’s ode to BC in the form of Pinot Gris, a 2012 blend of three vineyards that provides for a unique Similkameen take on our most-planted white grape. The bright acid and mineral-driven palate provide for a food-friendly wine much removed from the more floral, fruit-forward examples found elsewhere. To conclude the whites we got to enjoy a Riesling comparison by examining the 2012 vintages from the Scout Vineyard and the Hendsbee Vineyard (next door to Orofino). The dry, zingy, lime-flavoured Hendsbee wine (with only 7 g/L of residual sugar) provided a stark contrast to the off-dry Scout version (18 g/L), showing more orchard fruit on the palate. (The winery’s third Riesling, “Home Vineyard Old Vines” is similarly off-dry, but even richer due to barrel aging and lees stirring.) 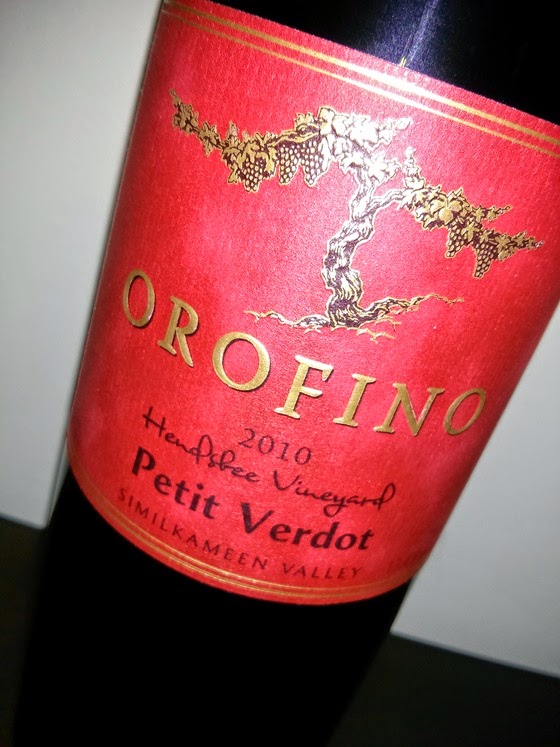 Three fully-decanted big red wines comprised the second half of the tasting, and provided John with the opportunity to show off the advantages of the hot Similkameen climate, which yield dividends even in a supposedly “off” year. The 2011 Passion Pit Vineyard Cabernet Sauvignon comes from one of the coolest vintages in the past decade, but amazingly showed not a hint of green notes. I conferred with my wife, the veritable canary in the coal mine of green pepper – her nemesis – and found satisfied agreement; we relished the vanilla and cassis profile and smooth, ripe tannins. Only 200 cases of this gem were produced after 20 months in barrel, and it is (still) available for only $29 at the winery (and a reasonable $36 at Firefly). Quite a bit more rare is the 2010 Hendsbee Vineyard Petit Verdot, of which only three barrels (75 cases) were produced (and only because they were leftover from Orofino’s Bordeaux-blend). On the nose this powerful wine exudes a Port-like intensity, with floral hints; while the rich, juicy palate flaunted bright acid and a chewy, full body that held up well to blue cheese from Benton Brothers. This is John’s second varietal Petit Verdot, and like the 2007 that preceded it is still a baby in his opinion, with a long and fruitful life ahead of it. We got the chance to experience where the Petit Verdot usually ends up when we sampled the 2011 “Beleza”, a blend of 40% Merlot, 40% Cabernet Sauvignon, 10% Cabernet Franc, and 10% Petit Verdot. The wine’s elegant nose presented blackberry jam and vanilla notes, with a slightly more austere palate than that of the fruity Passion Pit juice (the Cabernet Sauvignon in Beleza came from the Hendsbee Vineyard). The Beleza is another great candidate for rewarding cellar-time – I have yet to open my 2007, the wine’s first release.

Orofino produces additional wines that include Sauvignon Blanc and Chardonnay from the well-respected Blind Creek vineyard, plus delicious (Home Vineyard) Pinot Noir and (Scout Vineyard) Syrah, with additional vineyard-specific Cabernet Sauvignon and Merlot coming soon. With overall winery production hovering around 5,000 cases each release is relatively small, and quite frankly the best way to ensure your own enjoyment is by joining the winery’s new “Collector’s Club” – I’m proud to have been one of the first enthusiastic members! A commitment to receive two cases per year ensures every rarity ends up in your hands, including bottles either made solely for the Club or from the winery’s library (such as the 2007 ‘Canadian Oak’ Chardonnay that blew me away last fall). All of these details and other benefits were shared by John after sufficient audience prompting. The Club has actually been even more successful than expected, helping to ensure Orofino’s continued success, plus many more opportunities for us to maintain that “most-visited” status!

Great post Russell! You and Catherine introduced me to the Similkameen Valley and you pointed out Orofino as a star of it, and I will be forever grateful! Love the wine descriptions and background info! Great read!