In late July a large group of BC Wine Appreciation Society members visited the Vancouver home of winemaker Mark Simpson for an “Al Fresco” garden party and wine tasting. Mark is a veteran brewer and winemaker who has worked throughout the North American beverage industry for more than three decades. His winery in Okanagan Falls is the home of BC Wine Studio, where he and his business partner and vineyard owner Steve Carter produce a portfolio of wines that include their premium label Siren’s Call. The six-acre “Hawk’s Hollow” vineyard that encompasses their property includes some of the oldest vinifera plantings in BC, recently celebrating twenty-five years of age. 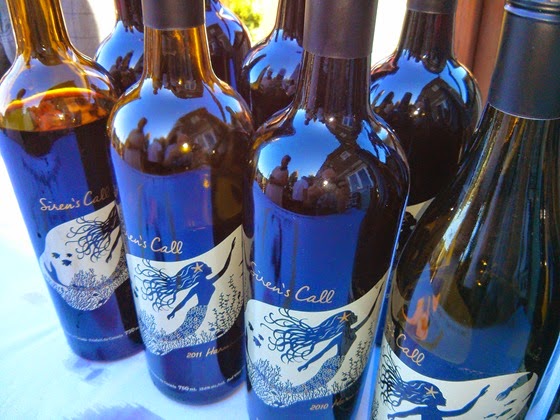 Mark’s invitation to the BCWAS, precisely during our traditional summer slowdown, ensured that a healthy crowd tested the structural limits of his deck! Under the setting sun, members spread out across the terraced and manicured garden. We admired Mark’s micro-vineyard, amongst other greenery, and caught up via discussions of summer activities and August getaway plans. Starting the evening with a glass of “include()” Merlot Rosé was ideal, with a bevy of fresh strawberry flavour providing a summer punch to beat the heat. The wines (a red blend also exists) feature Twitter tweets and Facebook comments from fans on the bottle labels – it is described as “the world’s most ‘social’ wine brand.”

Mark had reached into his cellar to collect a number of verticals of his Siren’s Call wines, beginning with Viognier, from 2011, 2012, and the upcoming 2013 vintage. The 2011 opened with a strong stone-fruit focus, showing expressive flavours of white peach and hints of peach pit on the long, dry, citrus finish. With triple the residual sugar (9 g/L), the 2012 was a very different wine: the tropical nose exuded mangos and the luscious palate has benefitted from some extensive lees stirring for textural expression. For 2013 Mark has made use of Acacia wood barrels to provide further complexity, and I was impressed by the very fresh, clean aromas, dominated once again by (yellow) peaches. 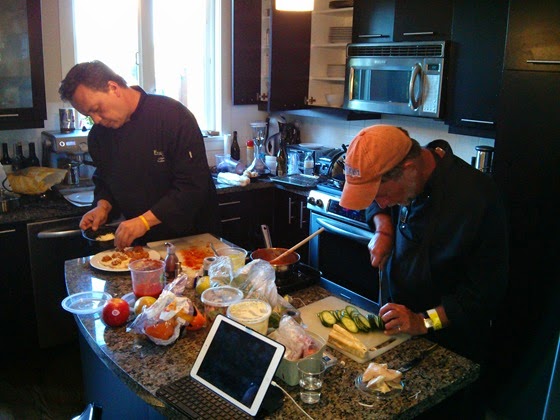 As more bottles were opened Chef Karl Gregg (owner of Big Lou’s Butcher Shop, and Two Chefs And A Table) and team began to prepare a tapas menu that had us all salivating with anticipation. Those of us indoors realized at least some of the food had to make it out the door, and we ensured platters progressed to the garden so that all attendees could enjoy the selection: Ahi tuna taco with jicama slaw & avocado crema; Pear & gorgonzola on endive leaf, with balsamic reduction; Signature meatballs in tomato ragu, on parmesan toast; Sliced duck breast & blueberry compote, on apple crisp; Pork rillette with sweet mustard, on brioche; Brie & apple Croque Monsieurs; and Wild mushroom risotto cakes with basil aioli. 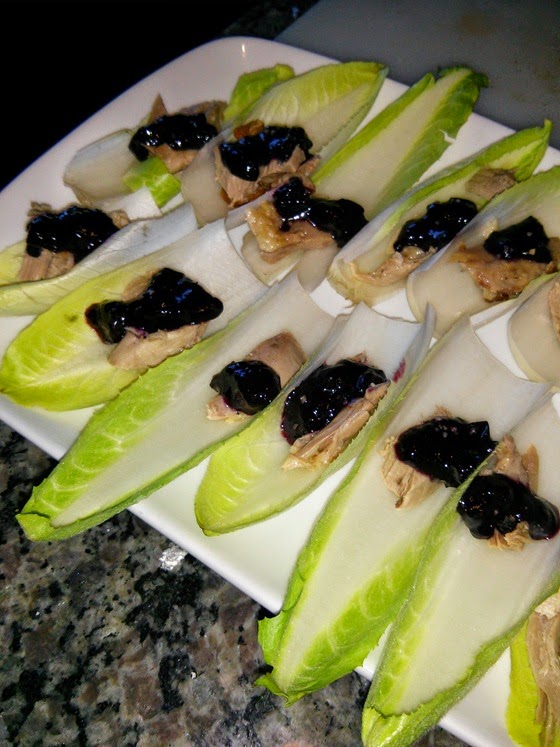 The food disappeared as fast as it could be plated, and we enjoyed several Siren’s Call reds, plus a few rare samples of experimental blends. As a winemaker Mark is keen to test the capabilities of his vineyard, grapes, and equipment – all the better to learn, and discover unexpected benefits! He shared a sample of Malbec Rosé with me, and I was immediately hooked by the highly expressive fruit forward nose, plus a palate rich with plums, blackberries, and bright, intense pomegranate. The wine finished bone dry and demonstrated the potential of this relative rarity in BC: I know of only two other Malbec Rosé, both with excellent reputations, from Bench 1775 in Naramata and River Stone in Oliver. Equally impressive was a test blend of 2013 whites, comprising 50% Riesling, 40% Ehrenfelser, and 10% Chardonnay – crisp and refreshing, with excellent balance. Hopefully these types of wines will see broader release in the future under one of BC Wine Studio’s labels.

A triplet of Siren’s Call Pinot Noir from different vineyards provided a revealing examination of terroir and vintage variation. The youthful 2012, from a Similkameen Valley vineyard, displayed very ripe characteristics from that ideal, warm vintage. Rich, almost porty flavours and low acid were paired with a hot finish for quite a dark, intense expression of this often more delicate grape. Having sought out Naramata Bench grapes in 2011 – a dramatically different, cooler vintage, Mark was able to produce an elegant, juicy Pinot Noir in the French style. From similarly cooler vineyards in the northern end of the valley the 2010 vintage from Summerland came across as more austere, complex, and nicely aged. Pairing the various Pinot Noirs with Chef Gregg’s tapas made for additional enjoyment, with many complementary flavours in bites such as duck breast and mushroom risotto. 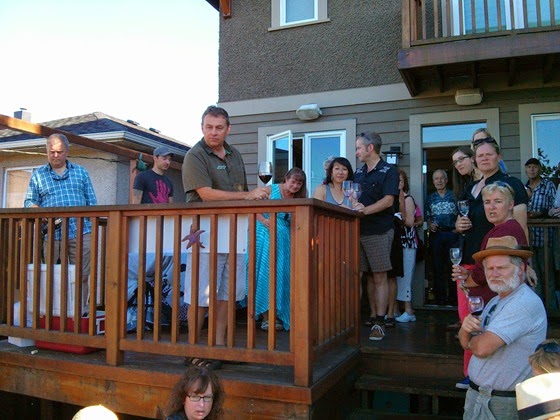 Another vertical followed the Pinot Noir, moving backwards once again through three vintages of the Siren’s Call “Harmonious” red blend. This red is produced from grapes sourced throughout the region, with Mark wisely favouring Merlot as the lead grape. The vintage variation exhibited in the Pinot Noir vertical was revisited, as the 2012 Harmonious showed off the ripe tannin one would expect from a strong year, with a pleasant caramelized character on the palate. The 2011 Harmonious, which includes a touch of Syrah in addition to the five common Bordeaux varieties, was more perfumed, pleasingly expressive in aroma and more subtle than the bigger 2012. From 2010 I tasted milk chocolate alongside smooth tannins and bright fruit character.

We finished with an assortment of varietal wines from the Siren’s Call collection, plus some other surprises. The 2012 Syrah showed off a bold nose of sausage and smoked meat, with dark fruit and chocolate on the palate. Malbec from 2011 was bright and fresh, full of blackberry flavours and a hint of pepper for a spicy finish. Mark even opened up a bottle of his private 2009 Super Tuscan blend as the sun began to set; it proved to be a superb rendition, having aged wonderfully and garnering many compliments. For additional fun as we wound down, a bottle of 2004 Van Westen Voluptuous was cracked. Our glasses revealed notes of briny olives, mole sauce, and stubborn tannins – Mark thoughtfully suggested a savoury food pairing such as Cassoulet would help maximize the wine’s remaining potential.

I can’t think of a better way to spend a summer evening – surrounded by friends, enjoying new wines and delicious food, under a clear, sunny sky! Many thanks to Mark and Steve for sharing their wines, and for the wonderful and generous hospitality as the BC Wine Appreciation Society got to know BC Wine Studio.