Renowned Skaha Lake winery Painted Rock recently opened the doors of their brand new Tasting Lounge facility, and I had the honour of attending the Grand Opening party last weekend. 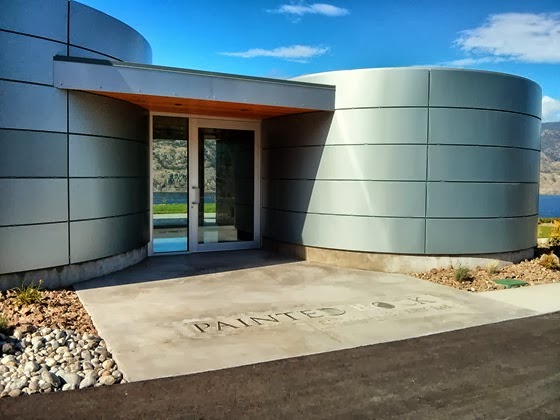 Proprietor John Skinner has been gleefully showing off renderings and constructions photographs for many months. With the big day finally upon us he was rightfully proud to reveal the result of years of patience: a formal tasting room having taken a back seat to vineyard and winery development for the past several years, since the property was acquired in 2004. 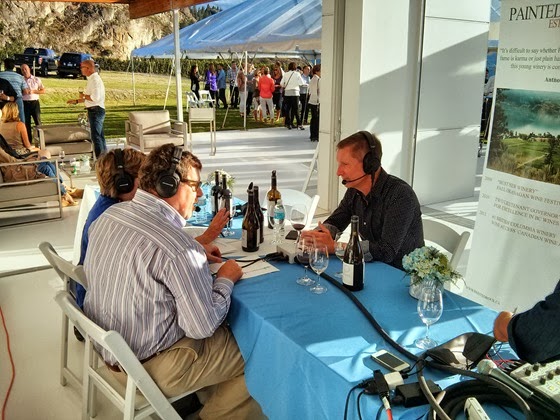 Although a comprehensive production building was eventually constructed to facilitate the creation of Painted Rock’s rapidly respected portfolio of wines, visitors to the property were treated to a comically small “temporary tasting room” for years. Originally a break room for vineyard staff, this little shack (clean and newly built, but the size of a bedroom), became a placeholder for things to come. After all, it was the spectacular wines inside that made Painted Rock the highly respected representative of the “New Okanagan” it is today. 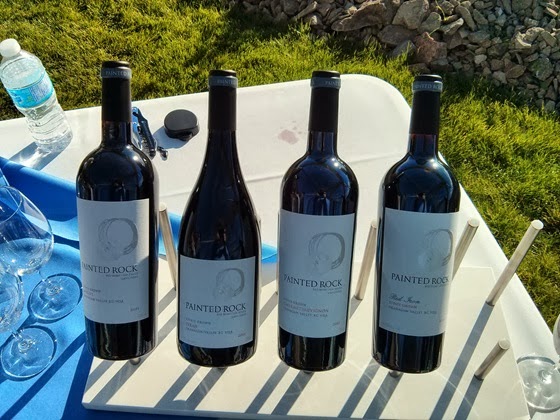 It soon became a point of pride to have visited the Painted Rock shack, and I suspect that many visitors will always have a soft spot for that little room. Fans will be glad to know the shack survives, and has been returned to its original purpose elsewhere in the vineyard. This despite my tongue-in-cheek suggestion to John that the new tasting room be built around the shack, to preserve it like a museum exhibit. 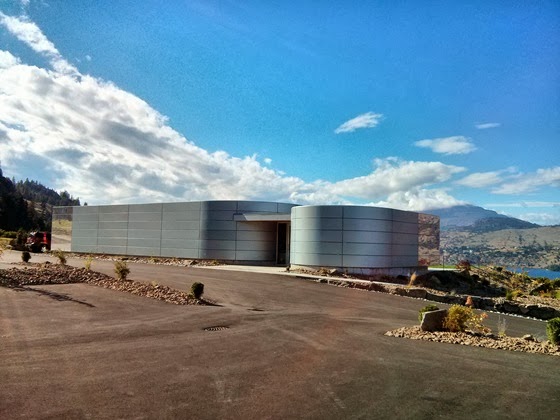 With the Painted Rock brand well-established and the vineyards producing just as planned, a proper tasting room was finally commissioned from Penticton architect Robert Mackenzie. The desire for outdoor event spaces overlooking the vineyards and the Lake necessitated heaps of fill in order to raise the site elevation and maximize sightlines. Construction began this spring, and proceeded successfully throughout the summer (with plenty of online updates provided by John), until full completion and landscaping in late August. 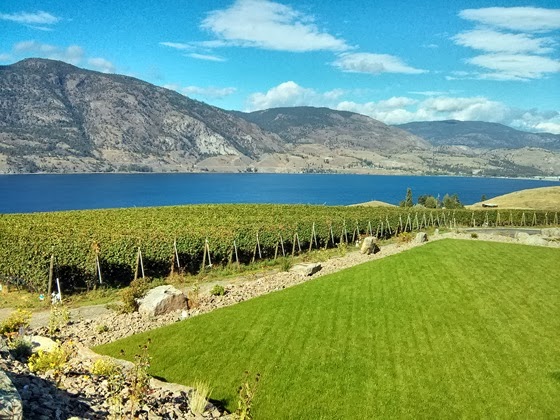 The Tasting Lounge had already hosted a soft open in the recent past, as the venue for John’s brother’s wedding, during which the value of a sturdy tent had been noted given the fast-changing weather in the region. Fortunately the wedding avoided calamity when rain-showers approached just as the ceremony wrapped up, but John was taking no chances this time: a slick, very on-theme tent shelter was on hand for the Grand Opening, complete with glittering chandeliers! 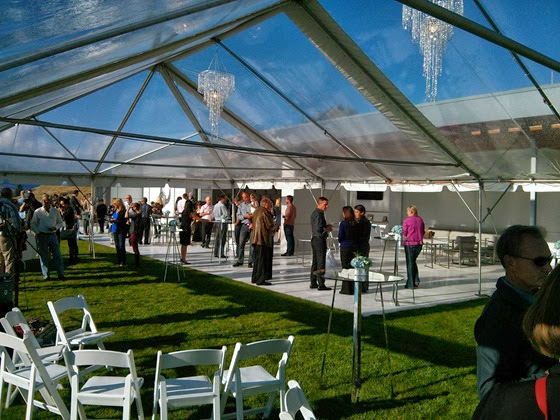 The tent briefly enjoyed its intended use during a rainstorm that rolled over the region just as the party began, causing organizers some brief consternation. Afterwards however, it was only needed to provide respite from the blazing sun that blessed the winery for the remainder of the afternoon. The shelter did little to detract from the beauty of the new Lounge, but seeing the sleek facility just as the architect intended is even more impressive. I myself had visited the winery only days before, and so captured a bevy of photographs of the new facility unaccompanied by its skeletal companion. 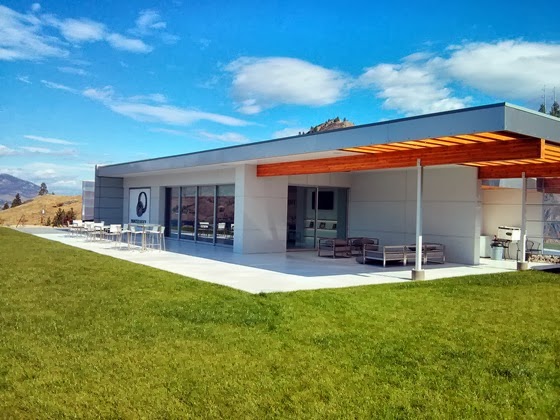 My previous visit was in the early morning, before the Lounge opened; this event was my first chance to explore inside the completed building. The clean ambient lighting and gleaming white surfaces provoke a heavenly atmosphere, accessorized smartly by well-organized wine bottles and John’s four Lieutenant Governor’s Awards. Massive glass doors slide smoothly into the walls, opening up the entire room to the outdoors, where the pure white concrete floors continue up to lush green grass. Hints of wood ground the building in the natural world, complemented by landscaped rock gardens and native plants. 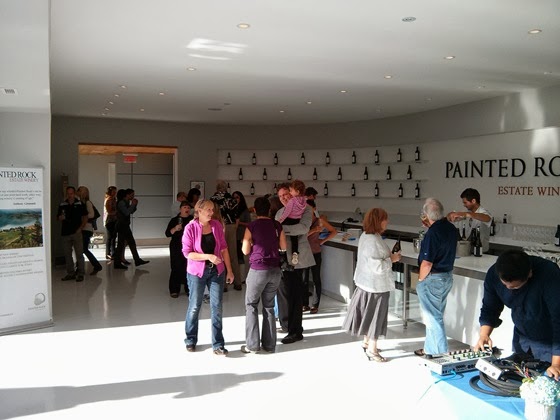 Outside, the multi-level grass plaza seems designed with weddings in mind, and I’m sure many couples will soon be seeking to celebrate their nuptials amongst such idyllic surroundings. Having a look behind the building one can see extensive accommodations for vehicle parking as well, alluding to an expected prosperous future as the premier South Penticton destination. One can’t help but imagine a restaurant or boutique hotel might not be far behind. If so I’ll gladly join the waiting list for accommodations! 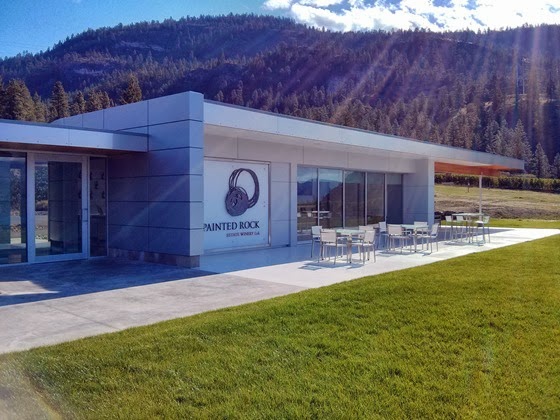