I recently had the delightful opportunity to visit Victoria for the closing weekend of Victoria Beer Week, and better yet, it was all complimentary! No, I wasn’t being feted for my tireless work nit-picking BC wine, I quite surprisingly won an online contest. My prize package for two included flights on Harbour Air, two nights in a suite at Swan’s Hotel & Brewpub, and tickets to Friday night and Saturday afternoon events. With my wife’s blessing and encouragement (allowing her to avoid it), I brought along a friend (and home-brewer) much more likely to appreciate the suds. 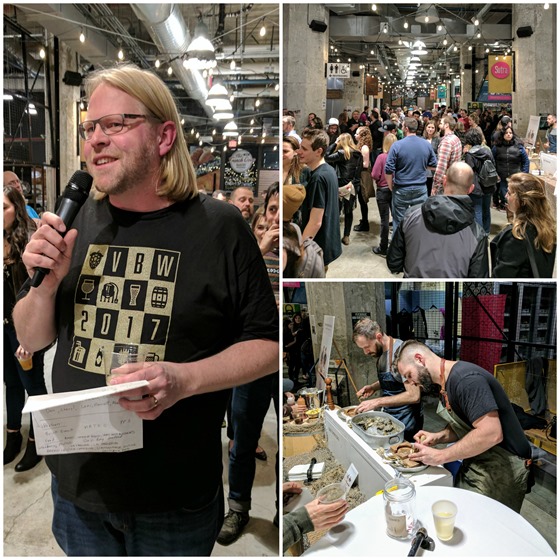 Our Friday afternoon harbour-to-harbour flight from Vancouver gave us a good view of the city we had both called home at one point in the past, with anticipation of visiting some old haunts. The evening welcomed “Friday Night Casks #2”, the sequel to the previous weekend’s opening cask celebration. Expecting traditional oak casks we were pleasantly surprised to see many steel kegs amongst the breweries present in the Victoria Public Market at The Hudson (just one block from my old apartment). Some purists will likely scoff, but I prefer the higher carbonation in kegs over casks. 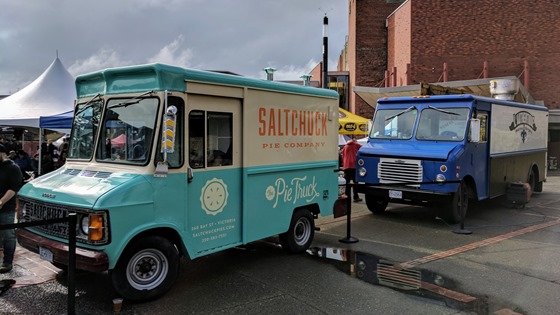 A monumental two dozen BC craft breweries (and cideries) were present in the cavernous space formerly the ground floor of The Bay department store - now remade into a striking market for local food and goods vendors. Armed with tasting tokens we set out to find the most exciting rarities and experiments to be had. Our high expectations were easily met with a great many extremely creative brews; some of my favourites incorporated exciting fruit-forward infusions: Category 12 Danish Blonde with Cucumber & Lime, Coal Harbour Sunrise Gose with Apricots, Lighthouse Perfect Storm Grand Marnier Citrus Ale, Steamworks Flagship IPA with Mango, and Yellow Dog High 5 Hazy IPA with Pineapple. Even host Swans had joined the infusion action by adding Apricots and Roasted Habanero to their heritage Scotch Ale “Regal Standard” to give it a memorable spicy kick! 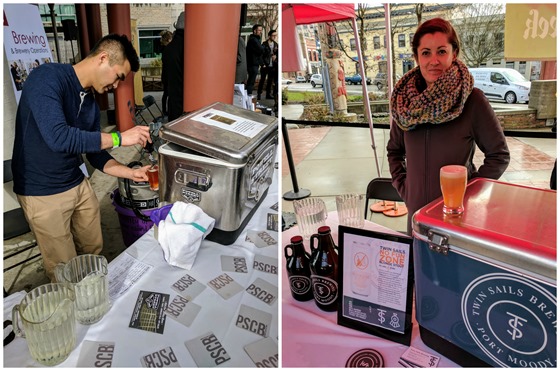 Sleeping off the many hard-to-miss brews, plus a hearty brunch at John’s Place, fortified us for Saturday’s new release celebration “Lift Off!” Under some daunting clouds outdoors in Centennial Square a dozen brand new beers were being sampled for the first time - and in gratitude the sun eventually emerged. Mindful of the job ahead of us we set out to sample each and every one in the lengthy afternoon allowance (1-6pm). All the beers will eventually find their way to taps and bottles in the near future, but it was a priceless opportunity to preview those we hope to be drinking this summer. Powell Street’s “Ode to Wallflower” Gin Barrel-aged Citra Pale Ale was one such delicious drink, a “hyper-local” collaboration between the brewery and neighbouring Odd Society Spirits. Equally striking, in a whole other direction was Twin Sails’ stunning Blonde Stout, conditioned on coffee, cocoa, vanilla, and toasted coconut to leave a major impression. I was further engaged by crisp hops in Yellow Dog’s tart Domesticated Sour Wild IPA, Spinnakers’ refreshing “Juice Monkey” IPA, and 4 Mile’s terrifically tropical Mosaic Session IPA. Everyone seemed to be having a wonderful time relishing the early-access VIP treatment at this well organized and smoothly executed exhibition. 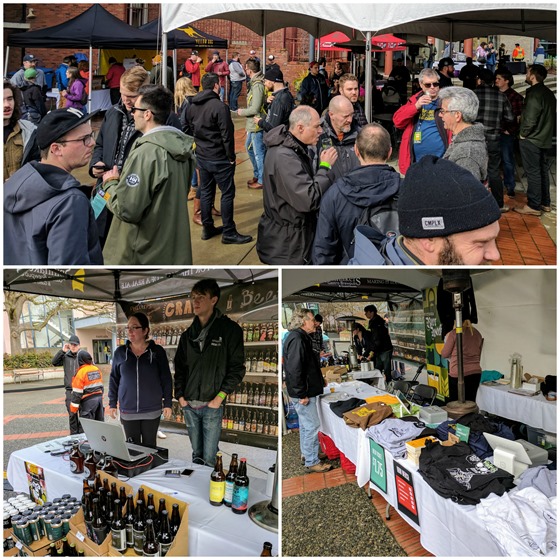 With Saturday capping the week via the highlight of Lift Off, the evening saw a celebration of the many hard-working organizers, volunteers, and sponsors who made the seemingly flawless festival possible. Back at The Hudson we were honoured to join the revelry, where any leftover kegs and casks were soon helpfully emptied, plus a few special gems saved in anticipation of appreciation. The acknowledgements were well worthy, for events like this - even day-long, not to mention a full week - live and die on the backs of the time volunteered by passionate advocates. Should you find yourself with opportunity to join the fun in subsequent years - as I certainly hope to – keep Victoria Beer Week on your radar!