I picked some special wines for the cellar in February, and a few words about these gems are worth mentioning. I’m particularly pleased with the three Fairview Cellars bottles I got from Taylorwood. This year was the first time I have spotted Bill Eggert’s rare and popular wines in a VQA store – for winery pricing – so I was very excited to add a bottle of the excellent 2007 Cabernet Sauvignon to my collection. I also have the 2006 vintage, and the 2008 has been released, but may not show up in stores for a while (only 300 cases were produced). Bill’s Cabernet is his focus, and his blends incorporate it extensively, including the Two Hoots, an ageable wine which Anthony Gismondi suggests could teach other wineries a thing or two. The other red blend – Madcap Red – is Merlot-dominant, and bottled under screwcap to suggest intended near-term enjoyment. 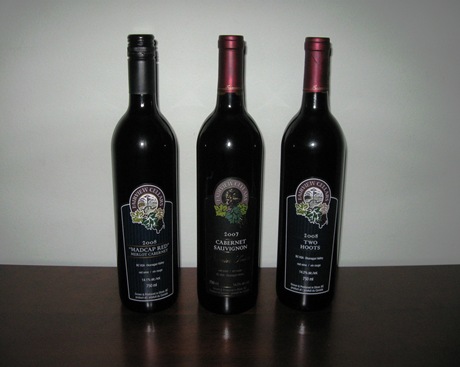 Speaking of Merlot I was able to acquire a couple of prize single-varietal Merlots from 2006, one of which was only just released! The Jackson-Triggs Sunrock Merlot was awarded a gold medal at the 2010 Canadian Wine Awards but only just started showing up in stores. Jackson-Triggs seems to like bottle-aging their Sunrock wines for a long time: I’m still waiting for the 2006 Cabernet Sauvignon, as even small BC Liquor Stores are still stocking the 2005. I can only assume they release these wines very slowly, as the Sunrock series is not produced in large volumes whatsoever, yet remains on store shelves far longer than the many accolades these wines receive should suggest.

I also added to my collection a slick-looking bottle from Ex Nihilo, on the advice of Georgia Straight columnist Jurgen Gothe. Jurgen’s description of the Okanagan Falls grapes yielding a “state-of-the-art” wine is compelling, as is the first vintage in 2005 having received the People’s Choice Award at the Okanagan Fall Wine Festival. I picked up the Ex Nihilo from Taylorwood, although I know Firefly Cambie has some of the 2005 in stock if you’re interested in trying the earlier vintage as well. 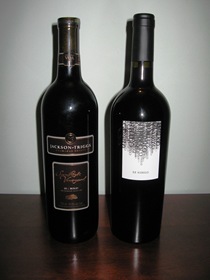 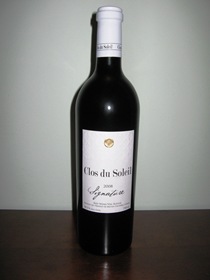 During my visit to Taylorwood for Fairview Cellars wines I also spotted the new release of Clos du Soleil’s icon red “Signature”. Clos du Soleil is a new winery in the Similkameen Valley, with a small but growing portfolio of fine wines. As John Schreiner writes, their 2007 red Meritage – called simply “Red” – was judged the best icon wine during a special tasting at the SIP VQA store in Richmond last fall. I was able to obtain a bottle of the 2007 Red – renamed Signature for 2008 – but the now Merlot-dominant blend is produced in even more limited quantities this year: only 275 cases of the 2008, down from 450 in 2007. The wine is described as having firm, ripe tannins suggestive of a long life: stick around and see how it tastes when I open it in a few years.