The upcoming week promises to be an extravaganza of wonderful wines, and I couldn’t be happier to be almost over my two-week-long cold! A stubbornly stuffy nose has made everything taste like, well, nothing for the past week, but it finally started to clear up today, just in time for some exciting upcoming events! 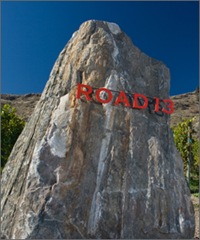 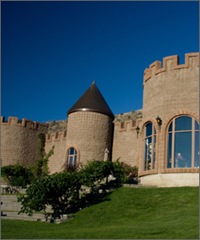 The owners of Road 13 and their new winemaker will be coming to Vancouver on Wednesday to guide a tasting of twelve different wines from five different vintages (2005-2009) for the BC Wine Appreciation Society. The line-up includes a half-dozen library wines including Meritage blends Fifth Element Red and the no-longer produced Fifth Element White. I’m also looking forward to trying a couple of “Black Arts” wines – the reserve tier from when Road 13 was Golden Mile Vineyards: the 2005 Pinot Noir and 2006 Sauvignon Blanc should be quite interesting. There will be two vintages of the Road 13’s well-respected – and sadly no longer produced – Cabernet Sauvignon (2006 & 2007) plus current releases of Merlot and Pinot Noir. The new Rockpile red blend will also be available, and it appears that we’ll be tasting the about-to-be-released 2009 vintage. I’ve enjoyed a few bottles of the 2008 Rockpile this past year, and I expect an equally creative and delicious blend for 2009. A couple of Jackpot (Reserve) whites round out the tasting menu: the 2008 Chardonnay and the 2009 Riesling. The Chardonnay received a Gold Medal at the Canadian Wine Awards, and the Riesling is receiving some very positive reviews as well. I was fortunate enough to obtain a bottle of each of these small lots wines but have yet to open them, so I’m very much looking forward to tasting them for myself. As a bonus, attendees will also be enjoying some delicious appetizers to go with the wines, courtesy of the chef at the Listel Hotel, where BCWAS holds their monthly events. 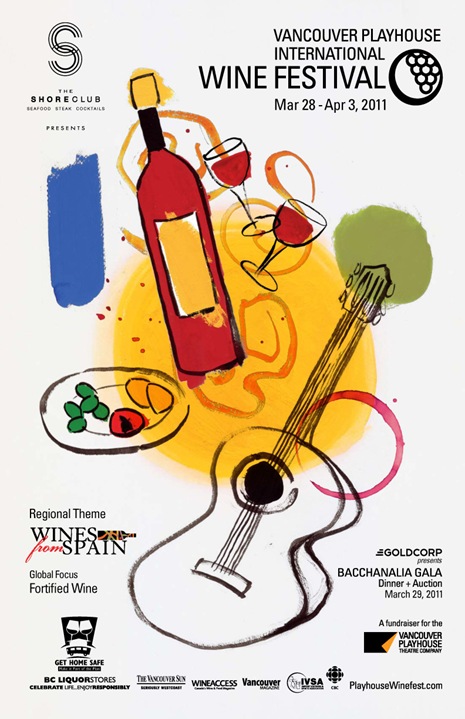 This is the third year I have attended the Festival Tasting Room at the Playhouse Wine Festival and I’m practically giddy with anticipation. I consider myself extremely lucky to live in Vancouver where one of the premier wine festivals in North America takes place every year! The entire festival plays out over a week of events ranging from small intimate winemaker’s dinner to the massive Festival Tasting Room that takes place over three nights at the end of the week. This year 176 wineries will be in attendance, pouring 760 different wines! Every year there is a regional focus and a varietal focus, with this year’s foci being Spain and Fortified Wines; yikes! Those who love Port, Sherry, Madeira and the like will be in fortified heaven: just remember to spit now and then!

Having seen the program/schedule online I plan on heading to the on-site BC Liquor Store first thing and picking up a few special bottles (there is an on-site bottle check). Most of the wines being poured are also available for purchase, and many local wineries release their new vintages at the Playhouse Wine Festival. A few local priorities on my radar include Cassini Cellars Nobilus Merlot 2008, Hester Creek The Judge 2007, Jackson-Triggs Sunrock Shiraz 2008, Meyer Vineyards McLean Creek Road Pinot Noir 2008, Nk’Mip Qwam Qwmt Chardonnay 2009 and Meritage 2008, Painted Rock Merlot 2008 and Red Icon 2008, and Sandhill Small Lots Viognier 2010, among others! Fortunately the on-site store will deliver one’s purchases to the nearest BC Liquor Store, or my arms might tear off on the way home judging by that preliminary shopping list!

One of many events taking place during the Playhouse Wine Festival is this “Grazing Lunch” taking place at O’Doul’s Restaurant & Bar (back to the Listel hotel!). The two hour event features eighteen BC wineries, each serving two wines, plus a plethora of delicious foods too numerous to list! Although all of the wineries present are also in the Festival Tasting Room, some of the wines being poured are not available during the evening tasting sessions. Unique wines I look forward to trying with lunch include Herder’s 2008 Meritage – considered one of the best value Meritage blends in BC, Mission Hill’s 2006 Select Lot Collection Merlot – nicely aged by now no doubt, and Painted Rock’s new 2008 Syrah – likely a worthy follow-up to the fantastic 2007 inaugural vintage. There are still tickets available for this event as of this writing, one of the few still open, and it is sure to provide for a more relaxed atmosphere to explore the incredible wines of British Columbia; just make sure you aren’t too hung-over from the night before!