Two nights in wine country isn’t very much time at all, especially when you spend the better part of a day getting there, and back, from Vancouver. Fortunately one can usually visit at least part of wine country while getting to another part – just as we did on the way to Osoyoos via the Similkameen Valley. With the long summer days upon us, it’s realistic to stay in the Okanagan until the early afternoon and still be at the coast by sunset, so I tried to pack as much as possible/comfortable into our final outing! 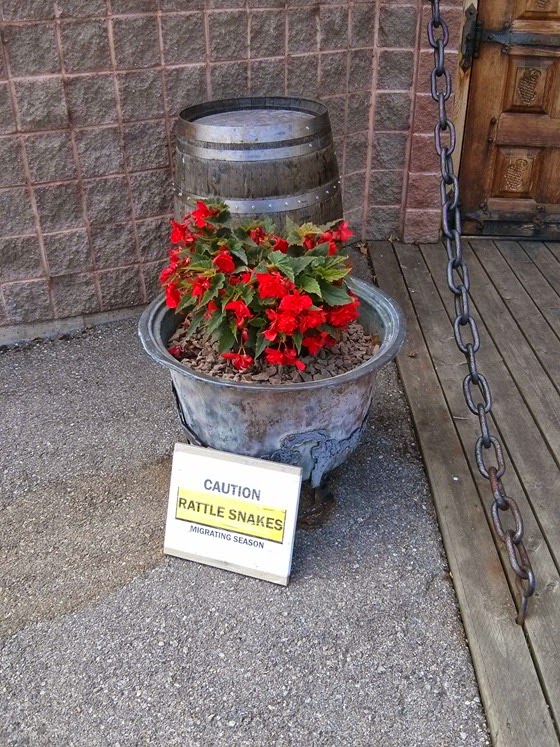 Our first stop after checking out of Watermark Resort was Road 13 Vineyards, where we received a stern warning that we were in fact, on a rural farm, crystal stemware notwithstanding. The sign warning visitors that rattlesnakes are currently migrating gave my family members a start, but it was a helpful reminder that wineries are farms, where the natural worlds abounds (if done right). Inside the snake-free tasting room, the charming Laura Luckhurst – Director of First Impressions – ushered us into the serene Executive Lounge for a sit-down tasting. In between pouring a full slate of the winery’s reserve Jackpot tier of wines, Laura regaled us with stories from the winery while multitasking with aplomb.

A nearly endless series of wines started with Road 13’s venerable Sparkling Chenin Blanc (2010), followed by the 2012 Jackpot Chenin Blanc – the first and last Jackpot tier Chenin, as the winery seeks to trim their portfolio. Good thing the regular Old Vines Chenin is also superb, although the Jackpot’s toasty nose and underlying sweet fruit, with a Creamsicle finish made quite an impression. Jackpot Viognier-Roussanne-Marsanne from 2012 refreshed us with a floral nose and clean palate, but the fuller body showed many thought-provoking layers. Jackpot Chardonnay, maturing nicely since harvest in 2011, provided mouth-watering minerality after a clean apple blossom nose, with appetizing hints of buttered popcorn. 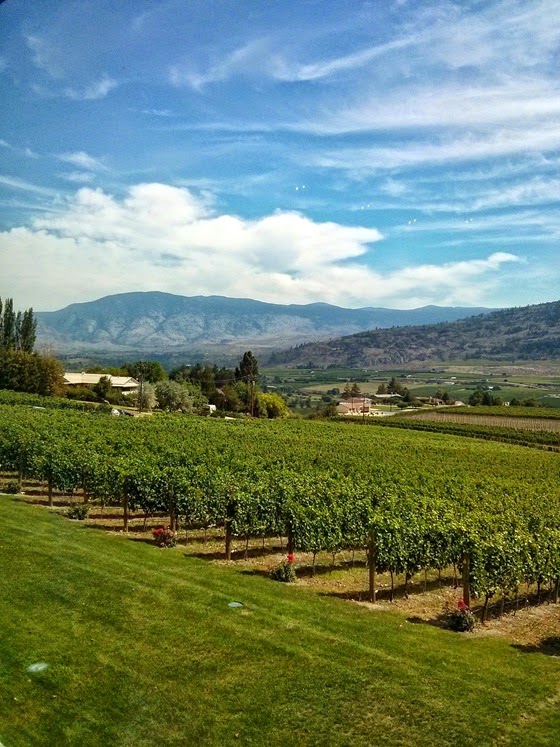 Road 13 produces a dizzying number of red wines and blends, a number which they are also hoping to slim down if Winemaker J-M Bouchard can restrain himself – challenging considering the many spectacular small lot treasures he produces. Laura poured us the 2012 Pinot Noir as we transitioned into reds, with very good red cherry and earth undertones, plus perfectly balanced acidity from a textbook vintage. The 2012 Honest John’s Red – from the winery’s entry-level tier – really impressed us with highly aromatic expression of plums and leather, followed by a juicy, smooth, strawberries on toast palate – superb value for $20.

Without further ado Laura moved us to the blockbuster 2012 Merlot next, a fruit-bomb that nearly ended up as Port when the fermentation stopped at 18%. Only 374 cases were produced, from Similkameen Valley grapes harvested at a massive 29 Brix. Some fancy footwork was called for to reduce that alcohol and deal with the remaining residual sugar, leaving us with 14.9% and 5.3 grams/L of sugar in a ripe and voluptuous wine I’m excited to cellar. The newly-released 2012 Syrah Mourvedre made an elegant impression next, with a profile of dried fruit, floral hints, and peppered perfume – a bottle from one of the 161 cases came home with me as well. We relished the opportunity next to sample from the 2010 Fifth Element, beautifully rich on the nose without even swirling the glass. A paltry 248 cases were produced of this icon wine (and only a handful remain), despite previous vintages seeing more than 2,000 cases. The dark, intense flavours segued into a very big, bright, long finish. 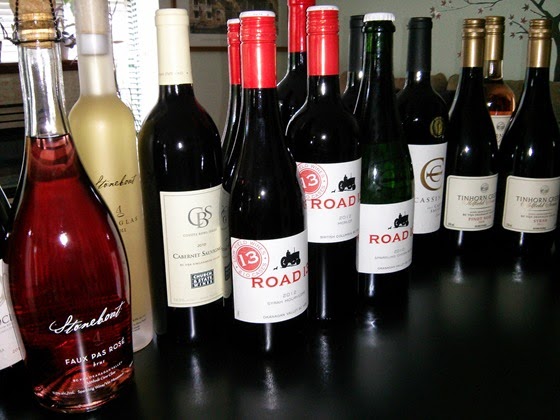 Although I already own the 2010 Fifth Element I’m looking forward to picking up the 2011 when it is released in the coming weeks, and I did pick up some other reds for the cellar, including 2011 Merlot Syrah (400 cases) and 2012 Syrah Malbec (362 cases). Those reds were on top of several bottles of 2010 Sparkling Chenin, still surprisingly available while the 2011 bides its time in the sparkling caves. The next Sparkling release should take place very soon however, and I’m pleased to know I’ll be passing by the winery again in only a few weeks time to stock up! With a final taste of stimulating Late Harvest Chenin Blanc we bid adieu to lovely Laura and the Lounge, already loaded for bear after just one winery!

A tasty lunch nearby beckoned but I first took advantage of my surroundings to stop alongside the highway at nearby Cassini Cellars. With a car full of hungry companions I only had time to run in and make some quick purchases, having to decline to taste even a single wine, despite Adrian Cassini himself behind the bar. I was there to stock my cellar with a couple of Adrian’s recently released 2011 reds: Grand Reserve Cabernet Sauvignon, and Collector’s Series Nobilus Merlot. Only 122 cases were produced of the single vineyard Cabernet, the first varietal Cabernet Sauvignon from Cassini, and it was named Best of Category at the 2014 All Canadian Wine Championships. The Nobilus Merlot was last produced in 2008, a wine also named Best of Category, at the 2010 ACWC, and one which prompted John Schreiner to suggest Cassini was emerging as “one of the Okanagan’s best producers of serious Merlot.” Despite a tight schedule, I couldn’t pass by without collecting a couple more bottles to bring home with me!