Our first morning in Osoyoos saw us immediately leaving town! Although I certainly planned on returning to the South Okanagan later in the day the plan was to start further north and work our way back. After being fortunate enough to attend the grand opening of Painted Rock’s new tasting room last fall I was eager to bring my family to John Skinner’s spectacular venue for the first time. Lunch at the new Liquidity Bistro would follow, where we were to be joined by our friend Kim, an Okanagan marketing guru. I was looking forward to a great day of old friends and new wines! 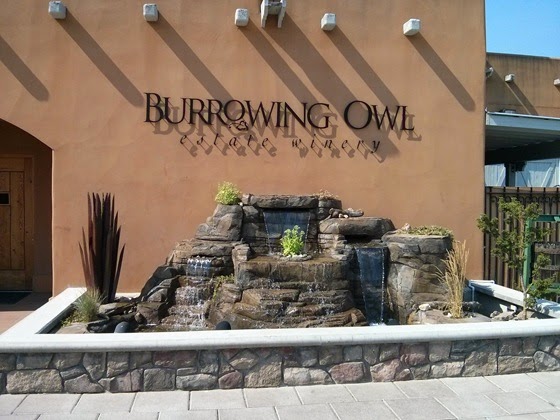 On our way north to Skaha Lake we took the scenic route along Black Sage Road, allowing for a quick stop at Burrowing Owl to check a few bottles off my shopping list. Having acquired a number of this well known winery’s 2011 reds earlier this year – Cabernet Franc, Cabernet Sauvignon, Syrah – I was on the hunt for some of the tasting room exclusives available only in person. I was quite pleased to lock in the 2011 “Athene” Syrah-Cabernet, and the first release 2011 Malbec (which hit sold out status mere days later). For good measure I added the 2013 Sauvignon Blanc, only the third vintage of this relatively new wine from a small (10-acre) Keremeos vineyard. I was surprised to see 2012 Pinot Noir (it not yet being mentioned on the winery web site), and felt that a bottle for the cellar couldn’t hurt. Now and then I like to experience the intense, fuller-bodied style of Pinot Noir coming out of the Black Sage Bench (e.g., Tinhorn Creek’s Oldfield Series Pinot Noir). Lastly, I was sure to grab a stubby bottle of “Coruja”, the winery’s Solera-style fortified Syrah – the current release was bottled in 2013, thus likely encompassing vintages from 2008 to 2012. 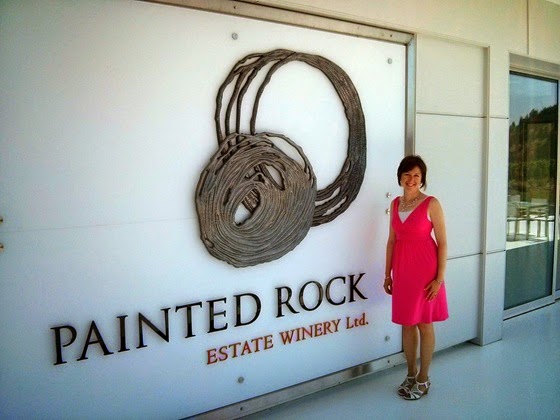 Having left Osoyoos just before 10am, we managed to arrive at Painted Rock just south of Penticton soon after opening at 11 – in time to be the first customers (not including a couple of energetic cyclists). I listened with pleasure as my companions admired the gleaming tasting lounge and stunning views across the vineyard to the lake below. With Proprietor John Skinner having had to step out for the day we were in the competent hands of Tasting Room Manager Tyson Archer. Tyson and his new assistant Jordan were happy to provide several samples and chat about business in the relaxed but very professional style I’ve come to enjoy at Painted Rock.

The new 2013 Chardonnay continues John’s focus on perfection with his sole white: three labour-intensive micro-harvests have yielded a blended wine that maximizes the vines’ potential. On the palate fresh, clean green apple and starfruit make it a superb summer white I’m happy to open any day. If that weren’t enough, further refreshment came in the form of Painted Rock’s very first Rosé, cheekily labelled with the unofficial (but deserving) “Skaha Bench” Sub-Appellation. The well balanced, dry wine is a Saignée-style blend of 50% Merlot, 30% Cabernet Franc, and 20% Cabernet Sauvignon, from which 400 cases were produced to yield an orange-tinged delight with a delicate watermelon profile. 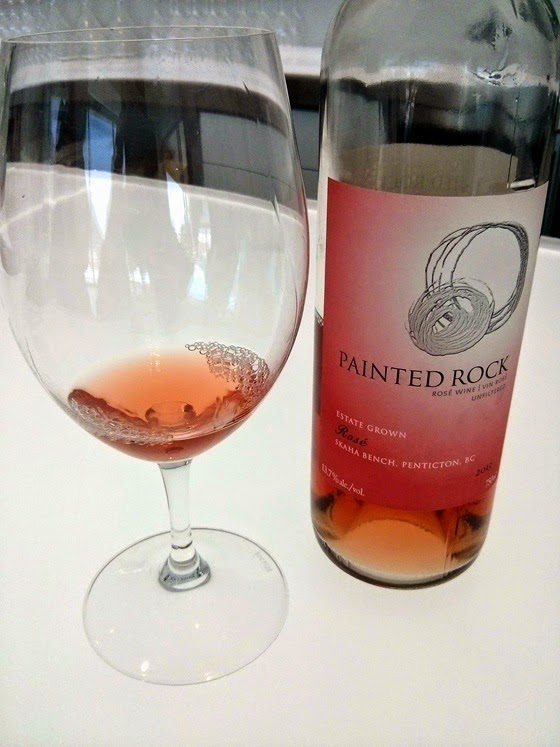 Moving on to the red wines I felt lucky to be tasting from some of the last bottles of the 2011 vintage. Tyson astoundingly reported that despite a recent spring release he was already running quite low on wine, and was being forced to move on to the 2012 vintage ahead of schedule. Both Merlot and Syrah are nearly gone, and the 2012 Red Icon was already installed in the tasting room’s Enomatic dispenser. The remaining 2011 Merlot won’t last long, with perfumed aromas of violet and lavender leading into chocolate-covered blueberries and plum on the palate. The same goes for the 2011 Syrah, showing bigger tannins on a delightfully spicy palate of bright blackberry and hints of leather.

The new 2012 Red Icon is Painted Rock’s first foray away from Cabernet Sauvignon entirely (with the fringe benefit of yielding more for their popular varietal wine): after numerous blending trials at home and abroad they ended up with 31% Malbec, 28% Merlot, 26% Cabernet Franc, and 15% Petit Verdot. The rich aromas made a strong first impression, and countless layers on the earthy palate included red licorice, baking spices, and toasty oak. More phenolic ripeness in 2012, a 21-day extraction (versus 10 days in 2011) and very ripe 14.9% alcohol make me excited to cellar a few bottles of this gem! 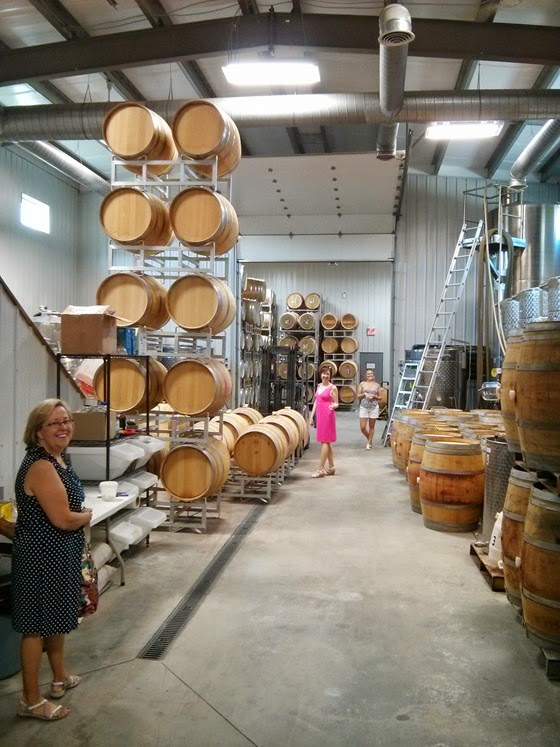 We concluded with a generous barrel tasting that included several 2013 samples, most of which seemed ready to bottle after just half their scheduled time (18 months) in barrel!  Four precious barrels of exquisite reserve Cabernet Franc (from a 31-day extraction) should see a special release next year, if any remains after enthusiastic taste testing by the winery team. As Painted Rock’s vineyards mature, winemaking techniques become even more refined, and customer base further solidifies, John must be excited for the opportunities available to produce exclusives like Rosé and Reserve bottlings. We left with several bottles of Rosé, Chardonnay, and Syrah for my already burgeoning cellar, and yet I can’t wait to see what comes next!