The autumn red wine releases have continued at full pace, marked by newly released vintages of some consistent gems. Some don’t last for long on store shelves (even at the winery), so I had to act fast. A few special releases provided some pleasant surprise recently as well, proving irresistible for a collector like me! 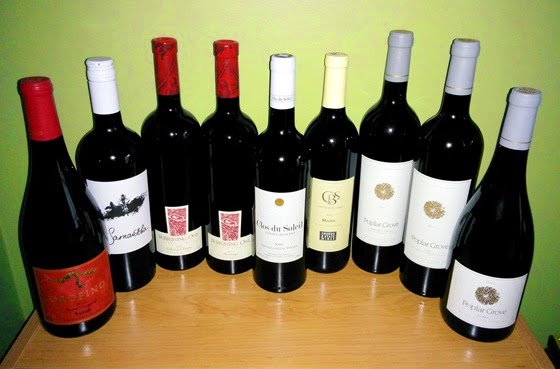 Orofino 2012 Scout Vineyard Syrah: Like last month’s Pinot Noir purchase, I may end up with a bottle or two in a future Collector’s Club shipment, but given the sample I enjoyed recently, that would be most welcome. The beautiful, vibrant violet colour yields a perfumed vanilla nose and juicy black cherry flavours; mouth-watering minerality and sweet, ripe fruit from a great vintage. Given the vineyard size and previous releases I would guess about 250 cases only. Swirl VQA Store $29

Okanagan Crush Pad 2013 Samantha Syrah: The fourth release in OCP’s “Wine Campus” Series, in which they invite the Vancouver International Wine Festival’s Sommelier of the Year to craft a small lot wine for charity. Samantha Rahn from Whistler’s Araxi received the honour in 2013, and decided on Syrah that fall, with grapes from Oliver’s Cerquiera Vineyard. The wine was just released this month – only 150 cases spread across selected stores and restaurants. Brewery Creek Liquor Store $31

Burrowing Owl 2012 Cabernet Franc: After a late summer bottling run at Burrowing Owl, a few new red wines were released this fall. I hunted down the Malbec locally last month, but sought the renowned Cabernet Franc directly from the winery given its popularity. The Franc is often a high point in the winery’s portfolio, consistently garnering prominent awards, including a Lieutenant Governor’s Award for the 2010 vintage. A few accolades for the 2012 (an excellent vintage in BC) have already cropped up from the critics at WineAlign, praising the wine’s flavours and varietal focus. Winery Direct $33

Burrowing Owl 2011 Meritage: Because Burrowing Owl ships wine in quantities as low as two bottles, I was able to obtain the Meritage and aforementioned Cabernet Franc with ease. We can’t all buy case lots every time, and I appreciate the opportunity to add another vintage to my Meritage vertical, now with a full six bottles (2006-2011). The wine is a blend of nearly equal thirds Merlot, Cabernet Franc, and Cabernet Sauvignon, with 2% each of Malbec and Petit Verdot. The varieties were aged independently in oak for a year before blending, then another nine months in barrel, followed by a year in bottle before release. Winery Direct $45

Clos du Soleil 2010 Estate Reserve: After picking up the premier “Signature” red blend last month, I couldn’t turn down an opportunity for Clos du Soleil’s top tier reserve wine. In 2009 Winemaker Ann Sperling first bottled four barrels (100 cases) of what was then called “Eclipse” Winemaker’s Reserve. Now, 50 cases of what is now labelled simply Estate Reserve have been released, a miniscule quantity by any standard. Naturally the top shelf price has kept sales at a slow pace, but it still won’t last long in the tiny handful of stores lucky enough for an allocation. Swirl VQA Store $60

Church & State 2012 Coyote Bowl Malbec: Last year the first varietal Malbec (from 2011) was released by Church & State, with Proprietor Kim Pullen describing it as the best wine they had ever made. After being named Best of Category at the All Canadian Wine Championships, the initial release price of $35 was bumped up to $75 in short order, but the 150 cases produced still sold out readily. With 275 cases now released from an even better vintage, I leapt on the opportunity when the winery brought a mere two cases to a tasting at Swirl in Yaletown. Swirl VQA Store $35

Poplar Grove 2011 Cabernet Franc: Poplar Grove prides themselves on having the means to bottle age their wines before release, so the 2011 reds are only now coming on the market (and only some of them at that). Amongst the new releases is the highly desirable Cabernet Franc, which sold out so quickly it’s already gone from the winery website! A relatively small production of 450 cases came out of the cool 2011 vintage. Anthony Gismondi describes it as “the most fragrant yet” with years of improvement ahead as well. Fortunately the wine can be found in a some well-stocked private stores. Firefly Fine Wines & Ales $44

Poplar Grove 2011 CSM: The traditional French blend called GSM (Grenache-Syrah-Mourvedre) is turned on its head with this cheeky and completely different re-imagining featuring Cabernet Franc/Sauvignon-Syrah-Merlot. The proprietary blend is made in very small quantities (250 cases) so it never shows up for sale outside the winery. Fortunately I have a friend in Penticton generous enough to nab me a bottle! Precise proportions of each variety in the blend are not typically made public, but one assumes the winemaking team selected the best ratio for the vintage. Winery Direct $35

Poplar Grove 2011 Syrah: A third new red release from the same vintage is Poplar Grove’s Syrah, which occasionally flies under the radar given the winery’s prevalent Merlot and sought-after Cabernet Franc. John Schreiner’s recent review of the Poplar Grove/Monster Vineyards portfolio remarked upon the bold, spicy, fruity profile found in this recent release, strongly consistent with past vintages. A pair of silver medals from this year’s National Wine Awards and BC Wine Awards adorn this wine already. Like the Cabernet Franc, only 450 cases were produced, but fortunately it does often make its way into stores. Winery Direct $35