Celebrating the holidays with BCWAS

The members of the BC Wine Appreciation Society rang in the holiday season recently with a party at The Blackbird, where the upstairs private room has become a favourite location for social events and tastings. My wife and I joined the celebration to catch up with our fellow members and enjoy numerous rarities and well-aged wines from the Society’s cellar. Given the many celebratory holiday periods across cultures that coincide in December, everyone was full of festive cheer and ready to taste the range of exciting wines on offer. 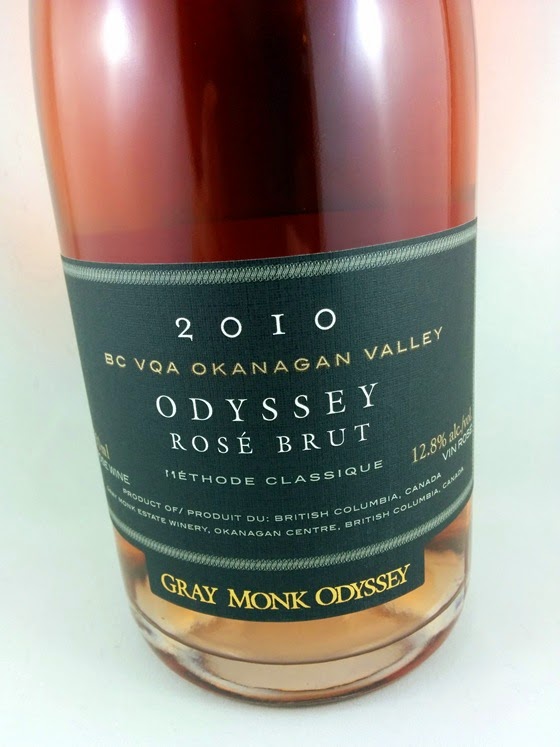 To provide for an effervescent welcome guests were served Gray Monk’s 2010 Odyssey Rose Brut upon arrival. This local stalwart is a traditional method blend of Gamay, Pinot Meunier, and Pinot Noir, providing a soft fruity mousse and juicy acidity to balance fourteen grams of residual sugar. The well-balanced palate finished slightly off-dry, with a blend of fresh berry and earthy flavours just as expected. An ideal wine to warm up our palates with a bite or two of The Blackbird’s Goat Cheese-Stuffed Artichokes. I would expect this wine – a superb value at only $20 – to find a place on everyone’s holiday favourites list.

We circulated amongst the comfortable couches and creative seating arrangements in the multi-function lounge space, while a stellar selection of warm winter comfort foods were served. At three tasting stations ten wines were served to engaged oenophiles – aged reds from the Society cellar and some newly acquired whites to keep matters in balance. Among those offering a fresh perspective was the 2013 Siegerrebe from Pender Island’s Sea Star Vineyards. While Siegerrebe makes up only 1% of the white grape acreage in BC, the fifty-two acres under vine are spread far and wide (in fact the aforementioned Gray Monk releases over 1,000 cases each year to serve as an off-dry aperitif). Sea Star’s take was true to form for this descendent of Gewurztraminer; intensely perfumed with floral aromatics it yielded a bounty of soft fruit flavours well suited to Coconut-crusted Prawns with Green Curry Sauce. Sold out at the winery – along with the entire portfolio – the wine recently captured a gold medal for Sea Star from the Northwest Wine Summit. 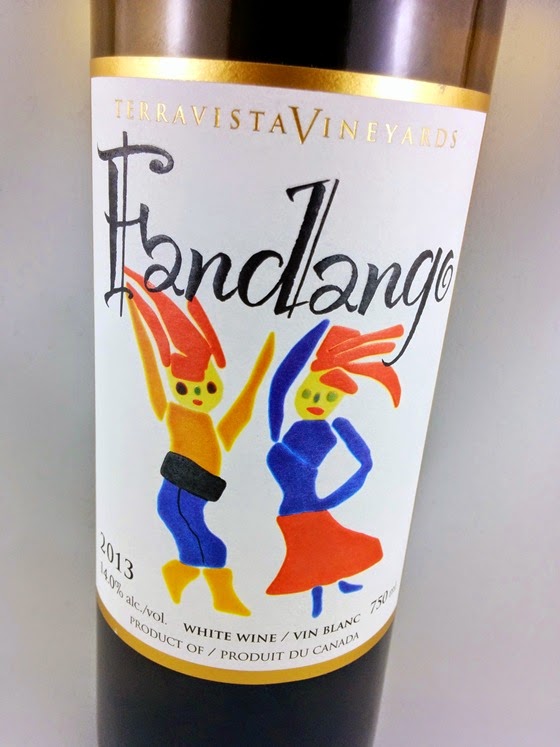 Other fresh, crisp whites included Terravista’s gold-medal-winning 2013 Fandango, a unique blend of Albariño and Verdejo from the Naramata Bench. Because this blend of two Spanish grapes was unprecedented in Canada it took the winery years to get it approved for VQA status! For many guests it was the first introduction to this rarity, showing a clean and complex nose of stone fruit and melon. On the palate pears and melon mixed with tart peach to provide for a mouth-watering finish alongside Mini Dungeness Crab Cakes with Tomato Remoulade.

The tasting bar also featured a couple more traditional varietals from older vintages. For Riesling lovers there was Mission Hill’s 2010 Martin’s Lane exclusive, a very tasty, classic reflection of the grape grown to great success in West Kelowna. The small lot Martin’s Lane project focuses solely on Riesling and Pinot Noir (with the occasional Viognier), and the 2010 release of 400 cases marked only the second vintage. The sweet and spicy flavours of Vegetarian Spring Rolls undoubtedly worked well with the wine, or perhaps the tangy tomatoes topping Margherita Pizza. Chardonnay aficionados were invited to sample Quinta Ferreira’s 2011, from their Oliver vineyard planted in 1999. Like the Riesling, the Chardonnay provided another relatable expression, with mature toasty popcorn and apple pie characteristics from malolactic barrel fermentation and aging. 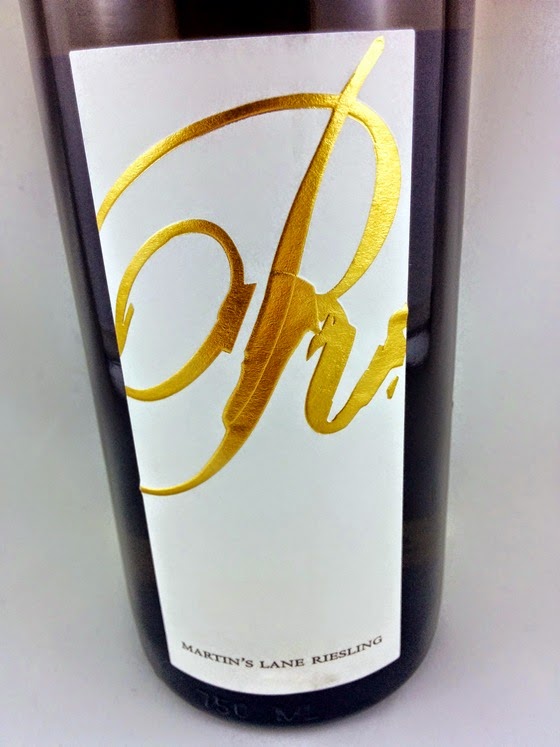 Five reds covering the colour spectrum provided plenty of winter warmth and a peek into the past, including a very special first vintage from Painted Rock! Anyone who snagged a Crustade with Duck Confit & Quince Jam would have appreciated a sip of La Frenz 2010 Reserve Pinot Noir. In 2012 this Naramata Bench wine received a double-gold medal at the All Canadian Wine Championships, ensuring a place in the BCWAS cellar precisely for an opportunity such as this. After a couple years aging, the wine presented as four years young if anything, with cranberries and strawberries on the nose and smooth vanilla cherries and strawberry flavours.

Forest Mushrooms on Grilled Polenta with Fresh Basil was another potential pairing for the Pinot Noir, but Sandhill’s 2008 Small Lots Sangiovese offered an opportunity as well. Herbaceous aromas yielded to a smooth, lighter-bodied palate with toasty, spicy fruit flavours and a juicy finish from Black Sage Bench fruit. Only 475 cases were released back in 2011 by Winemaker Howard Soon, providing us with a valuable look at Canada’s only varietal (VQA) Sangiovese. 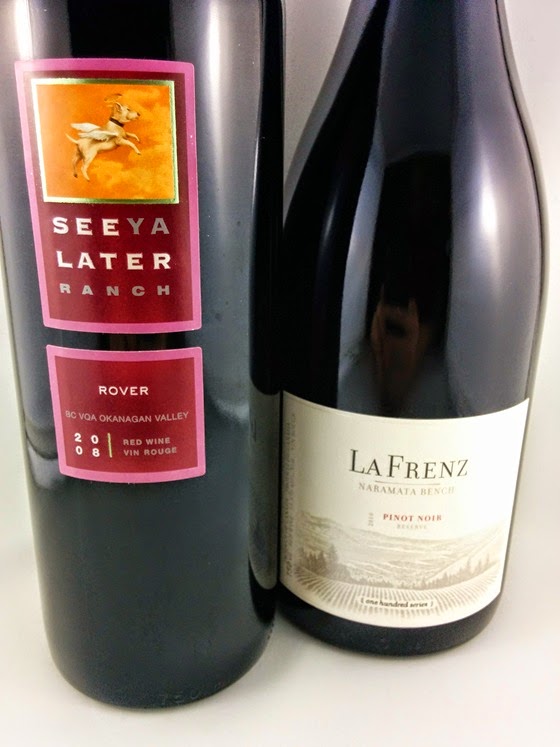 For something to drink with a slice of Italian Salami & English Ham Pizza one could have sipped on a glass of See Ya Later Ranch’s 2008 “Rover” a ripe Syrah co-fermented with 3.5% Viognier. Four years removed from the current platinum-medal 2012 vintage, this Rover received a gold medal from the Canadian Wine Awards in 2010. After a few years in the cellar it offered an easy-drinking palate of earthy cherries paired with nicely perfumed aromas, encouraged by the small Viognier component no doubt.

To round out the selection of reds there were a couple of hoped for heavy-hitters on offer, definitely the kind of wines calling out for one of the Mini Yorkshire Puddings in circulation. From the sadly defunct (but in good hands) Herder Winery in Keremeos we were very lucky to sample the 2008 Josephine, a blend of 81% Merlot, 13% Cabernet Sauvignon, and 6% Cabernet Franc. Cellar time had knit together a savoury profile of olives and dates, with a long juicy finish to provide some closing thoughts.

As good as the Josephine tasted, the star of the evening for many was the delightful 2007 Merlot from Painted Rock – the winery’s first vintage. Approximately 750 cases were released in 2009, being named Best of Varietal at the 2010 Okanagan Spring Wine Festival, and going on to bring home a gold medal at the BC Wine Awards that fall. Painted Rock’s Proprietor John Skinner often remarks that his Merlot behaves as a bit of dark horse, needing generous time in bottle to come about. After five and a half years following 18-months in new French oak at the winery we got the chance to savour a very well-aged BC wine. Even still, a bit of tannin remained noticeable on the bright palate, showing off broad flavours of everything from juicy cranberries to some prune character with a hint of olives. The long, smooth finish certainly kept the wine in my mind, and that of many other guests given the extensive mentions it received. 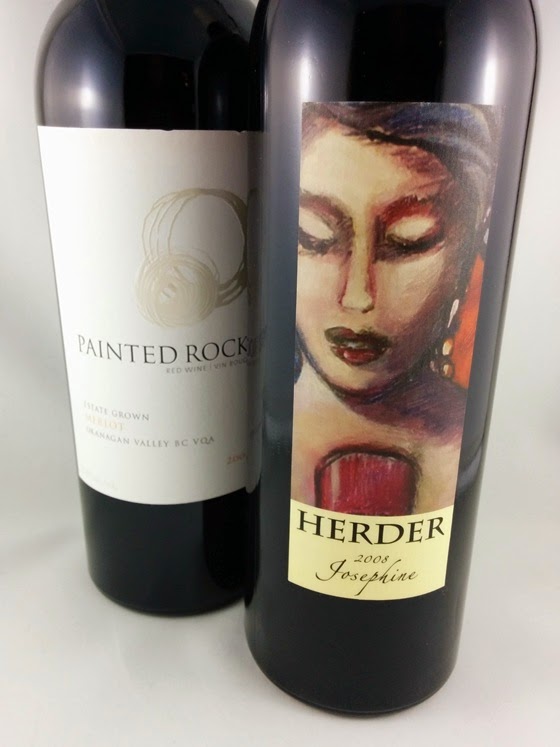 We finished the tasting with another bonus from the BCWAS Fall Bus Tour: after opening a few whites acquired on the tour during October’s Harvest Party, this festive celebration provided the perfect opportunity to savour Arrowleaf’s Late Harvest Vidal. Although the wine was available to taste from the beginning of the event, I waited patiently to close out the evening with it. By then all the delicious food had been snapped up, but I’m sure a few creative pairings could have been assembled by adventurous guests. With my palate all to itself the Vidal burst with rich honey and tropical fruit; layers of papaya, guava, and pineapple were all nicely balanced by tangy acidity. It was a good thing the Society picked up several bottles during the Bus Tour, because the nicely valued wine ($25) is already sold out, despite 300 cases produced. Hopefully a few lucky folks will find a bottle in their stocking this year! 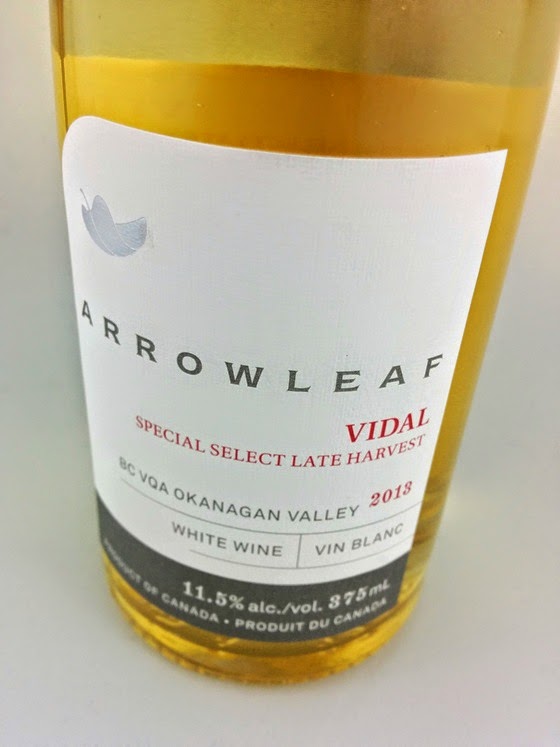 Towards the end of the evening the traditional prize raffle yielded a one-year BCWAS membership, plus bottles of Bartier Brothers “The Cowboy” and Church & State’s delicious but sadly discontinued Pinot Noir. Executive members were also happy to share early details of some of the very exciting 2015 events set to mark the Society’s tenth anniversary, starting with a vertical tasting of Mission Hill Oculus in January. As we parted ways amid well wishes for the holidays and new year it was great to see that everyone had enjoyed the excellent food and wine, and I would hope some even found a few new favourites along the way.