BC Syrah Spices Up Wine Festival

In the days leading up to the prestigious Vancouver International Wine Festival I reviewed the potential contributions of the twenty-seven BC wineries that would be attending. With the Festival’s “Feature Variety” being Syrah this year there would be ample opportunity for local wineries to exhibit their world- class presentations of the grape – which thrives in the desert vineyards of Oliver & Osoyoos in particular. As the grateful recipient of a Media Pass for the Festival’s International Tasting Room I spent time exploring a great many Australian Shiraz from the Theme Region, but the lovely local competitors stood out as well. 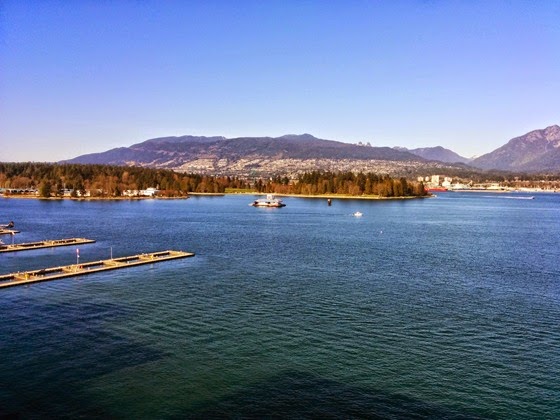 Several sessions in the Tasting Room at the Vancouver Convention Centre ensured I was able to find and enjoy fifteen BC wineries sampling their Syrah. There were wines from entry to icon level, miniscule small lots and market-spanning productions, all poured with pride by the Winemakers and Proprietors in attendance. I tasted many existing favourites, found new ones, and relished trying wines I hadn’t expected when I previewed the most likely wines last month.

With the national sections laid out in sensible alphabetical order I started my BC review at Backyard Vineyards, the growing Langley winery recently joined by capable and experienced Winemaker James Cambridge. James poured me 2012 Syrah, harvested before his arrival, and a sample of 2013 he has managed in full since harvest. The youthful tannins in the 2012 were obvious, but the clean and fruity palate showed off lovely cherry flavours. Fresher and also bigger in body was the 2013, with a luscious palate presenting jammy character. 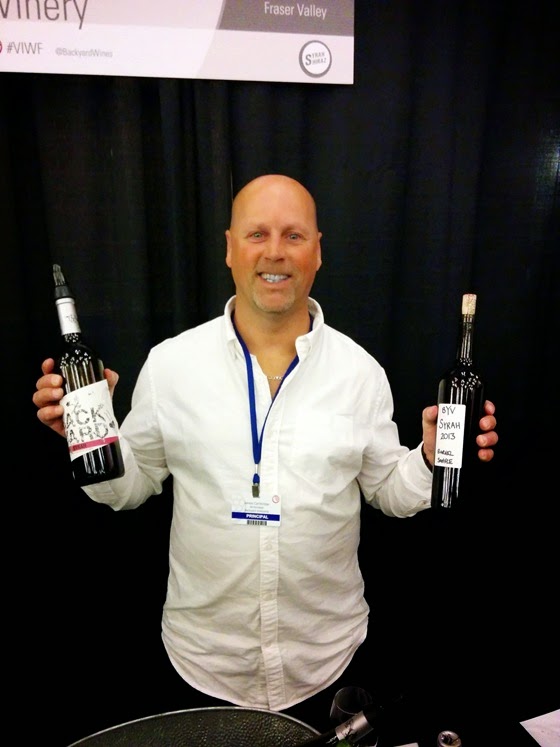 Next door I found Glenn Fawcett, President of acclaimed Black Hills, pouring his 2012 Syrah, still toasty and young after a year in bottle. The wine can be found in some stores but is sold out at the winery. A juicy, spicy palate and sweet vanilla notes proved more than sufficient for current enjoyment while the newly-bottled 2013 awaits release. Just across the aisle Adrian Cassini was providing a glimpse at his ultra-rare Cassini Cellars “Grand Reserve” 2011 Syrah, of which a mere 75 cases were produced. The intense black cherry aromas followed through on the long finish of the rich cherry pie palate. To pour such a rarity at the Festival is commendable, considering it will likely sell out at the winery in short order. 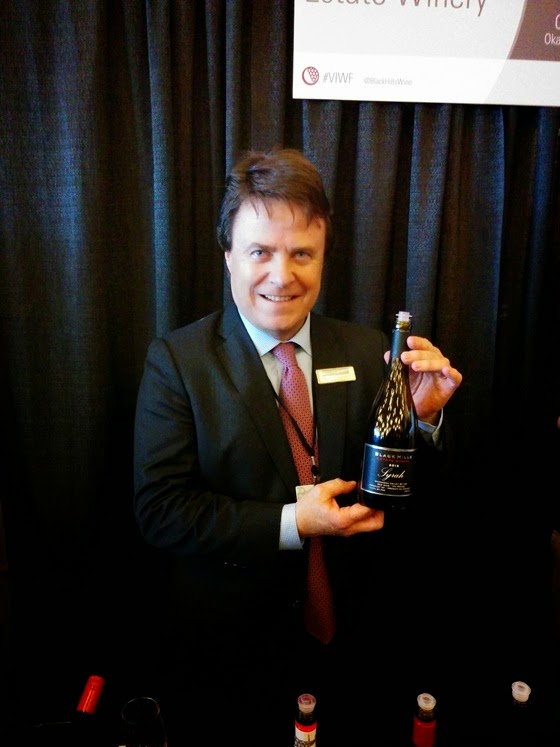 The table of wines from Haywire was being shown off by the enthusiastic team at Okanagan Crush Pad, including newly-promoted Chief Winemaker Matt Dumayne. The 2012 Syrah yielded a fresh, expressive nose with plenty of fruit and a hint of leather – aging in old French barrels kept the fruit first and foremost. It’s quite quaffable, and definitely one of the best values at only $21 for Black Sage Bench fruit. Just around the corner Laughing Stock power couple David & Cynthia Enns were present with their highly coveted Platinum medal 2012 Syrah. Sourced from their Osoyoos vineyard, the wine greatly impressed, with a nose of sweet flowers and perfumed leather – clean and fresh in part due to 4% Viognier. The gorgeous full palate was awash in pure dark berry fruit, with white pepper and chocolate flavours on top. With the 2012 now sold out at the winery fans are eagerly awaiting the 2013 release in June. 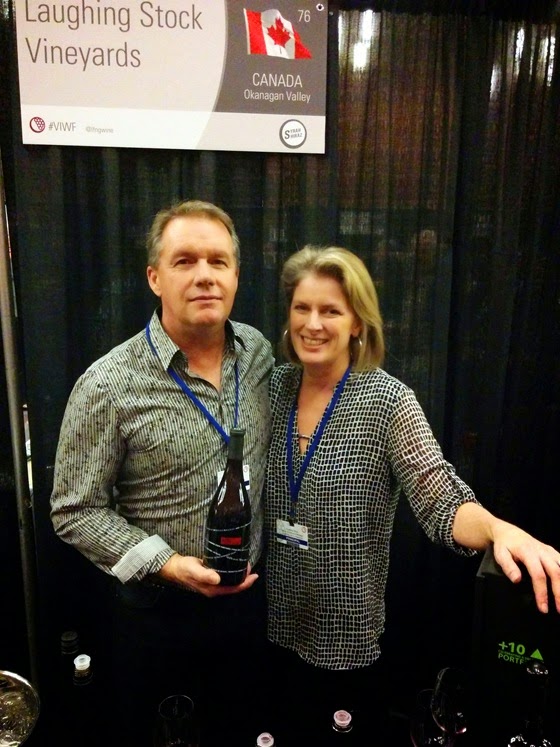 Back-to-back at the end of the row, flanking the Wines of BC booth, I found Painted Rock and Poplar Grove. John Skinner was on hand to pour his 2012 Painted Rock Syrah, already yielding much more fruit expression than the youthful bottle I opened in December. As the initial oak treatment integrates, flavours of bright cherry and strawberry are coming out to complement aromas of vanilla and leather. A curtain away, Poplar Grove Winemaker Stefan Arnason was slinging the newly released 2011 Syrah, after 18 months of bottle age. Despite the cooler 2011 season, the refreshing wine provided a very nice, clean, fruity profile that benefits from a touch of Viognier. Stefan’s take is that his Syrah program is “dialled in” with no changes desired or expected going forward, and none are seemingly needed. 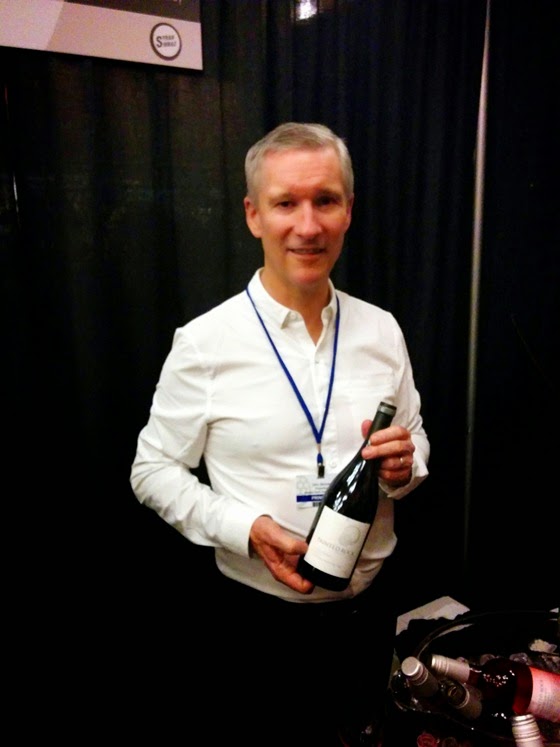 Less than two years since winning a Lt. Governor’s Award for her 2010 Reserve Syrah, Red Rooster Winemaker Karen Gillis was present with the 2012 iteration. Although the wine is not yet officially released it was already displaying a lingering fruit forward profile with sweet spice and a silky texture. Things got a bit darker next door at Road 13 where the charming Joe & Laura Luckhurst were pouring 2012 Syrah, another upcoming release being readied for an April debut. The co-fermented blend of 90% Syrah and 10% Viognier includes 15% Similkameen fruit to complement the Golden Mile winery’s Okanagan vineyards. A rich, toasty nose revealed generous dark fruit and mocha on the memorable palate – a powerful wine that Joe suggested “will follow you home.” I’ll be sure to keep a bed warm for this one! 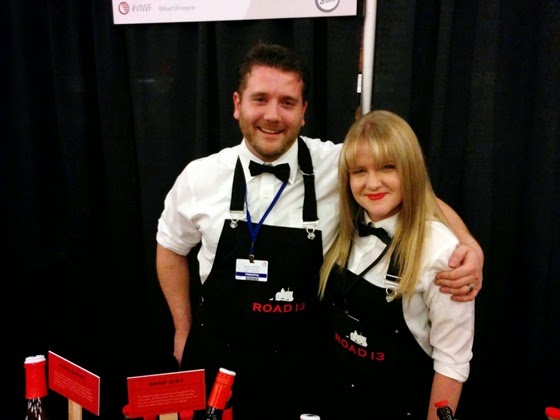 When not busy graciously accepting his Spirited Industry Professional Award, Sandhill Winemaker Howard Soon was pouring two 2012 Syrah for eager guests. The excitement was to be expected considering Howard’s 2007 Small Lots Syrah was named Best Red Wine in Canada at the Canadian Wine Awards. The 2012 vintage continues the tradition of excellence with a complex profile of leather and earth, delicious milk chocolate, and attractive burnt sugar aromas. The 2012 Estate Syrah was also on hand, offering superb value at only $20 for a very accessible wine with ripe fruit and an enjoyably full texture.

More notable Syrah was present at nearby See Ya Later, where the 2012 “Rover” was being poured, showing off the BC Wine Award’s inaugural “Premier’s Award” for best wine. Having tasted it last fall I found the somewhat dichotomous sweet fruit and oak are now melding into a more complete wine. I also look forward to seeing what it becomes after a couple more years in bottle. Right next door I found another table of multiple Syrah, where Summerhill’s CEO Ezra Cipes was present pouring dual vintages. A 2010 Osoyoos-sourced Syrah from a vineyard transitioning to organic status provided tart cherry flavours and a smooth, easy drinking palate. The small lot “Spadefoot Toad Vineyard” 2011 Syrah was in bottle mere days, but provided a long, fresh fruit finish following the understandably restrained nose. 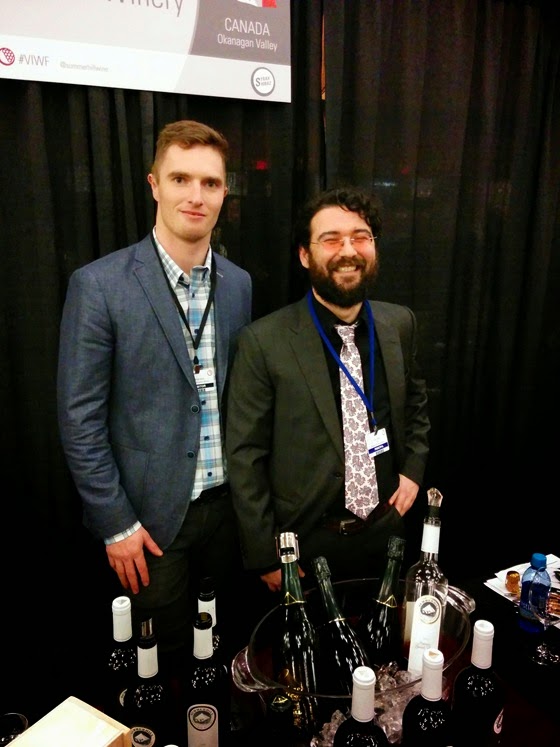 At the TIME Winery table, Harry McWatters was proud to present not just a new release, but his young winery’s first varietal Syrah, a natural fit for his Sundial vineyard on the Black Sage Bench. Six months after bottling (just 100 cases) the nose is still a little closed, but enticing savoury, meaty character was present. The lush, clean palate yielded ripe blackberry flavours with gamey, black pepper hints. Similar spicy notes came from another surprise next door at Tinhorn Creek, where the rare 2011 Oldfield Series Syrah was actually open for tasting – despite it having been sold out virtually since release last fall. A fragrant, fruity nose and juicy palate provided another reminder that the cool 2011 vintage was far from universally negative, despite the severe cropping required to yield just 168 cases from Tinhorn’s Black Sage and Golden Mile Bench vineyards. 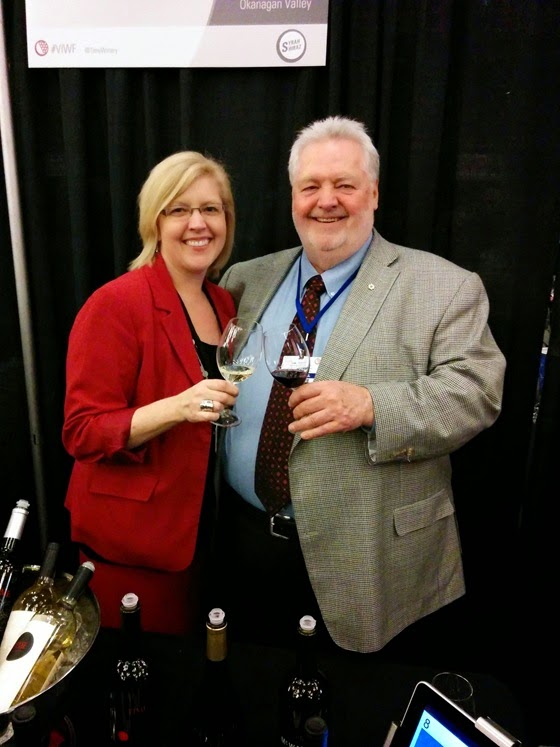 Given my own favouritism for Syrah in general, particularly the exciting variety of styles and consistently high quality found in BC, this year’s Festival was extremely enjoyable for me. I am very grateful to have received media accreditation and admission to selected events, with particular thanks to Heth PR for their hard work supervising the accreditation process. As Australian wine enjoys a well-deserved renaissance thanks to the Festival, I’m sure the hard work is already ramping back up for next year’s celebration of Italy!