The BC Wine Appreciation Society has carefully tended a cellar of vertical collections from top BC wineries over the past decade. In recent years members have finally had the chance to explore and enjoy these iconic wines. The Society’s latest vertical tasting opened up ten years of the “Grand Total” red blend from Naramata Bench champion La Frenz Winery. Visiting Vancouver to join this rare tasting were proprietors Jeff and Niva Martin, with the upcoming 2013 vintage in hand to round out the Society’s well-rested reserves. 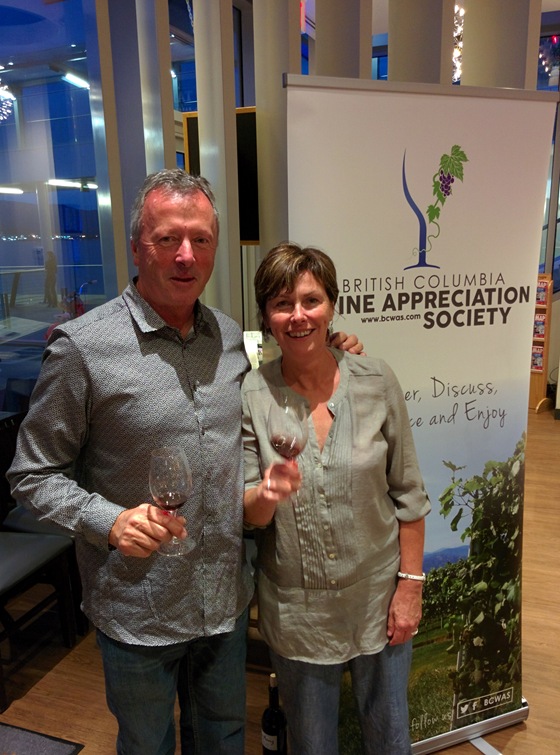 This year will mark a landmark – now one of many – for Jeff Martin: he’ll mark turning 60 years old by working his 46th crush. More than twenty of those vintages have taken place here in British Columbia since the Martin family moved from Australia, where Jeff had established a notable wine industry career. Jeff and Niva’s success in the Okanagan has been just as enviable, having established and grown their highly respected Naramata Bench winery following Jeff’s initial tenure at Quails’ Gate in the mid-1990s. Despite aiming for a manageable 5,000 case production, the Martins’ expansive portfolio now peaks at 12,000 cases annually, from a range of vineyards that include four estate properties making up 80% of production.

Recognizing that it was in fact June, and diving into ten glasses of Bordeaux-styled red might seem daunting on a summer night, the Martins also brought along some whites wines to whet the assembled palates. At least nine varietal whites and blends are produced at La Frenz, from Riesling to Viognier, while eschewing some common local grapes like Pinot Gris and Gewürztraminer. Although varietal Sauvignon Blanc and Semillon are produced, Jeff was happy to share his 2014 “Ensemble” that blends the two varieties, with 70% and 30% respectively. Raised in neutral oak and capable of cellar aging it is said to receive inspiration from the whites of Graves in Bordeaux. The simply gorgeous floral and tropical aromas immediately impressed, with sweet citrus fruit and a hint of mint on the richly-layered palate. 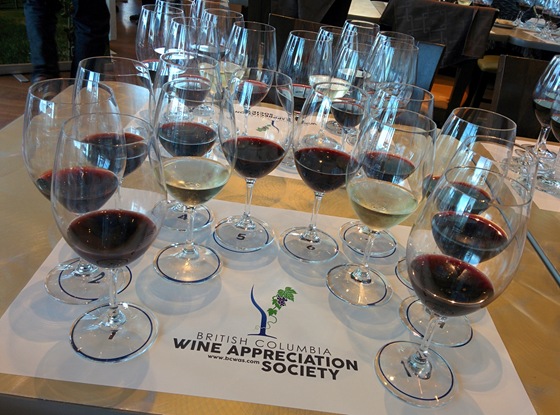 When not challenging the prestige of Bordeaux Jeff finds time to give Burgundy a run for its money with two different Chardonnay. The “peaches and cream” of partially-oaked current vintage wine is always accompanied by an older sibling from an exclusively barreled background. Guests received the opportunity to taste this 2014 Reserve Chardonnay, recently bottled after 15 months on the lees in new and one-year-old French barrels. The supremely well integrated oak was only one of the wine’s exceptional qualities, followed by a lively palate and opulent texture. Flavours of juicy green apple and butterscotch caramel provided thoughtful comparisons to flavourful desserts, making for much conversation before the evening’s main event had even begun!

The vertical tasting began with 2004, from a time when the Grand Total was labelled simply “Reserve”, and originated in old vines from the Black Sage Bench. It wasn’t until 2005 that Jeff and Niva acquired their own southern Okanagan vineyard, the ten acre Rockyfeller property on the Golden Mile. The early vintages followed a Cabernet Sauvignon-dominant profile, comprising nearly two thirds of the blend before Merlot and Cabernet Franc. Brick-brown in colour, the 2004 presented an expressive stewed fruit nose, with a similar palate that included chocolate, tobacco, and even soy sauce. Despite the growing age of subsequent wines, 2004 was the only vintage Jeff felt in need of current consumption. 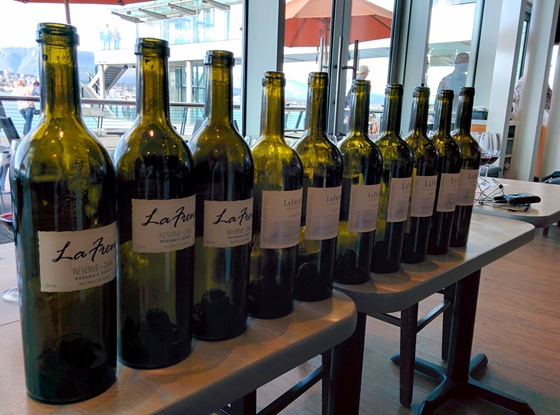 Only one year junior, 2005 was substantially different, with a fresher nose and noticeably less russet colouring. Nicely aged, with fruit still prominent, it provided fruit leather flavours and pleasurable cleanliness on the palate. A similar form for 2006 came next, with slightly greater tannin and a fuller, richer body, but reduced acidity. Even at the ten-year-plus mark, these wines were proving unique and pleasantly differentiated. By 2007 some of the Rockyfeller fruit was available, providing additional varieties such as Malbec and Petit Verdot to round out the Bordeaux profile. The increased tannins were noticeable, but integration of the blend and a tasty chocolate vein provided popular preference.

A cooler vintage in 2008 offered cherry tartness and dialed the tannins back down a bit. Inky, toasty aromas were accompanied by very nice dark fruit of blue and blackberry, yielding thoughtful consideration as to the components, precise figures not on hand. Big heat in 2009 presented plums and Black Forest Cake with cherries and chocolate alongside ripe tannins and lower acidity. Like those before it, this vintage could keep comfortably while developing more spices and leather. The young 2010 surprised many by leaping to clear favourite status, with youthful strawberry rhubarb aromas before mild tannins and black cherry vanilla flavours on the cool, fresh palate.

By the century’s second decade the Martins had added a fourth vineyard to the pool; their third Naramata Bench purchase became the amusingly named “Freedom 75”. The new property marked a growing emphasis across the vineyards on natural farming that maintains biodiversity and fittingly requires minimal intervention. Letting the vines maintain themselves, and even struggle at times without irrigation or fertilizers, has provided for smaller, concentrated berries in the red varieties. Vineyard management is now primarily in the area of canopy control and strict cropping, obtaining a mere one bunch per shoot in recent vintages. 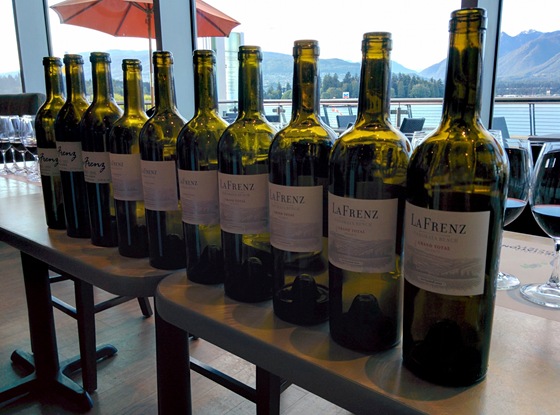 The concentrated wines of late have also experienced a change in components, as Merlot has surpassed Cabernet Sauvignon. In 2011 the blend included 45% Merlot atop 31% Cabernet Sauvignon, 13% Malbec, and 11% Cabernet Franc. The structured palate of this youngster was evident, with oak influence still present upon the nose of prune and leather. Fresh purple fruit and spiced licorice marked the palate, with years of elegance still to come. By 2012 Merlot had reached 60%, with Cabernet Franc edging Sauvignon at 27% to 13%. Fresh mixed berries led the fruit forward profile, drinking quite engagingly at present but well-built for the long haul. The brand new 2013 is to be released this summer, and found great favour in the crowd thanks to soft, ripe tannins and rich primary fruit. The daunting 15.5% alcohol was carried extremely well in the blend of 58% Merlot, 25% Cabernet Sauvignon, and 17% Cabernet Franc, and will certainly preserve it for a comfortable decade in bottle should self-control be at hand.

Given the impressive stature of the highly enjoyable 2013 it was even more striking to hear Jeff declare his 2014 Grand Total to be the “best ever” in his opinion. That next star in the series is not expected until well into next year however, with the 2013 only just beginning its ascension to prominence. Looking ahead to the upcoming harvest Jeff further predicted 2016 could be the best ever vintage overall, continuing a string of prosperous harvests in recent years. Whatever the future may hold, relishing the rewards of the past has made it clear La Frenz is well equipped to thrive in the years to come.