The Vancouver International Wine Festival is without a doubt the local vinicultural highlight of the year. This year’s Festival marked the 38th iteration of this landmark event, bringing together hundreds of international delegates from fourteen countries – including theme region Italy – to share their love for wine with 25,000 guests. I was extremely happy to attend several events, including five visits over three days to the massive Festival Tasting Room, where principals from 155 wineries gave voice to their respective stories over a glass. 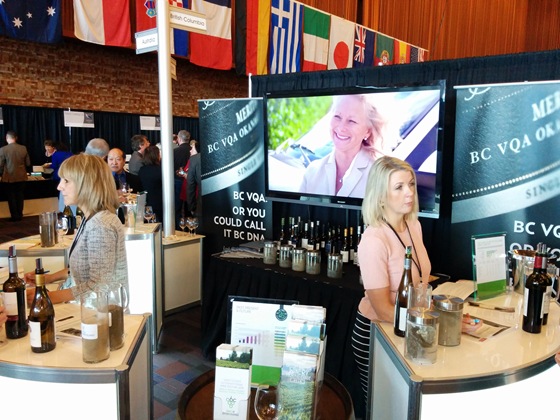 Second in volume to each year’s theme region are always our own local wineries, reaching near-record representation this year with twenty-six grape wineries, as well as Vancouver’s own Artisan SakeMaker. Presence at the Festival does not come cheap given the logistical costs involved, so it is a joy each year to see many friendly faces from British Columbia’s great variety of wineries. Amongst the twenty-six tables, the BC contingent was populated by a dozen congregations returning from last year, and most excitedly, four wineries new to the Festival entirely. Bookended by the educational Wines of British Columbia booth promoting the province as a whole, the expansive BC section of the Tasting Room was kept abuzz throughout the Festival.

While certain to expand my palate exploring the wines of the world I repeatedly visited the many BC wineries present and pouring, being particularly sure not to miss the new participants. Veteran local winemaker Michael Bartier and his brother Don were present to share their Bartier Bros. bottles, fresh from opening their Oliver tasting room last fall. A trio of youthful 2013 reds were on hand alongside fresh and tropical 2014 Gewürztraminer and the clean lemon curd flavours of 2013 Semillon. Smooth, approachable textures and ripe fruit flavours were universal across varietal Cabernet Franc, Merlot, and Syrah; all ready for current consumption but with the elegance to age gracefully.

Nearby, Sant Gill and his nephew Navi were to be found proudly pouring their Gold Hill wines at the Festival for the first time. After years growing fruit in the Golden Mile, Sant, with his brother Gurbachan founded Gold Hill in 2009, the same vintage for which their young winery was recognized with a Lieutenant Governor’s Award. That famous 2009 Cabernet Franc certainly has a worthy successor in the beautifully aromatic 2013 I sampled – and immediately sought out for purchase. Also on hand were exciting varietal Malbec, new 2014 Cabernet Merlot, 2012 Meritage, 2014 Chardonnay and the off-dry 2014 “Charisma White” blend of Pinot Gris, Viognier, Sauvignon blanc, and Gewürztraminer. 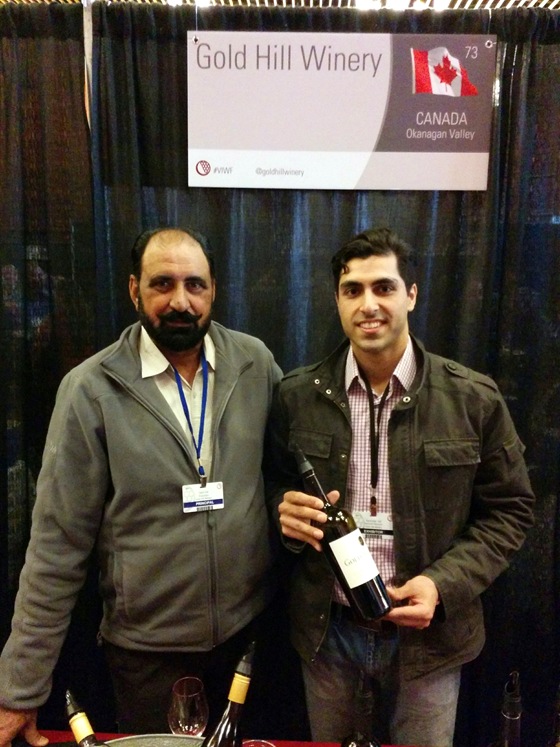 Two other BC wineries new to the Festival included Kamloops’ first winery, Harper’s Trail, plus new Naramata Bench label Tightrope. General Manager Tracy Roche brought a series of estate-grown wines from Harper’s Trail, including cool, clean, and elegant Cabernet Franc 2013, said to evoke impressions of the Loire Valley. The intensely fruit forward but pleasantly dry 2014 Merlot comes from the Bartier brothers’ Cerqueira Vineyard on Black Sage Bench, while 2013 Pinot Gris and a pair of expressive 2013 Riesling (including Late Harvest) are all Kamloops.

Tightrope was represented by owners Graham and Lyndsay O’Rourke, a duo of experienced local viticulturist and winemaker, respectively, now focusing exclusively on their promising winery and 10-acre Fleet Road vineyard. The O’Rourke’s wines have been garnering national attention, and I was pleased to sample the wonderfully balanced, crisp 2014 Pinot Gris, lusciously textured 2014 Viognier, smooth and delicate 2013 Pinot Noir, and the elegant new white-peppered 2014 Syrah.

I went on to visit nearly every table in the local contingent, while keeping matters fresh by circulating to Italy and back via the other dozen countries represented in the room. Greeting and meeting the many winemakers and proprietors pouring their very own wines was an energizing experience, as always. The opportunity to sample a range of new local highlights, let alone international icons and rarities, kept me fully engrossed over three days of concentrated focus. I offer my many thanks to the Festival and partner Heth PR for facilitating media accreditation to enable this exciting tour of the wine world all in one place!

My summary and impressions of the remaining resident wines and wineries follows in Part II.
Posted by Russell Ball at 11:13